The Queen can take up to 30 days to mourn, but the monarch has returned to her role in less than a week

It has been just four days since the news that Prince Philip had passed away at the age of 99. The Duke of Edinburgh had been suffering from a number of recurring health problems for several years, Her Majesty had famously described him as "her strength and stay" for more than 70 years.

END_OF_DOCUMENT_TOKEN_TO_BE_REPLACED

Traditionally, the mourning period can last anywhere from eight to 30 days, but Queen Elizabeth II has now returned to her royal duties.

According to the Court Circular - the official list of events that members of the Royal Family attend - she attended an in-person event to mark the retirement of Earl Peel, who formally stood down as Lord Chamberlain.

The role of Lord Chamberlain is, essentially, the senior-most officer in charge of managing the royal household and enabling communication between the Queen and the House of Lords. Peel had been in the post for 14 years and after having made arrangements for the Duke's funeral, he is now passing on the baton to former MI5 spy chief, Baron Andrew Parker of Minsmere.

Whilst the Queen herself was in attendance - thanking her Chamberlain for his years of service - the rest of the Royal Family are still observing two weeks of mourning. 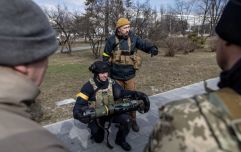 END_OF_DOCUMENT_TOKEN_TO_BE_REPLACED

As per a royal official, however, they will also be able to "to undertake engagements appropriate to the circumstances".

Prince Philip's funeral - known as 'Operation Forth Bridge' - will take place on Saturday, with the Duke wishing for a reduced royal ceremony as opposed to a state service. Baron Parker will finalise all of the arrangements following Peel's retirement, which will involve dedications from all branches of the Armed forces.