Late last year the Campaign Against Living Miserably (CALM), a charity dedicated to preventing male suicide, launched their #BestManProject initiative celebrating the power of friendships and supporting men in looking out for their mates.

According to CALM, this is the thinking behind the campaign:

An honour many men experience, being a best man is often a shining example of what it means to be a great mate. Through the Best Man Project, CALM is asking: why save it for a wedding? The Best Man Project has been designed as a helping hand for men who want to feel confident and comfortable being there for mates in good times and bad.

Research shows men’s social connections can wane over time and social isolation is a growing problem, especially for men over 30, while men are much less likely than women to feel comfortable when a man they know opens up to them. However, friendships and peer groups can be instrumental in supporting men’s mental health and wellbeing, and these social connections can provide a lifeline for those in crisis.

And now, they’ve got some very big names on board. In this new video, they’ve brought together nine men, including Rio Ferdinand, musician Loyle Carner, TV presenter Roman Kemp, and none other than the Duke of Cambridge to discuss how friendships can have positive effects on men’s wellbeing. 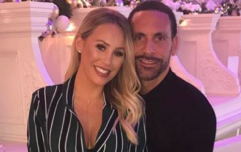 END_OF_DOCUMENT_TOKEN_TO_BE_REPLACED

In particular, William opens up about his strong relationship with his brother, Prince Harry, as well as touching on how friends have helped him through good times and bad.

The video is definitely worth a watch.

If you are affected by any of the issues covered in this article,CALM’s free, confidential and anonymous helpline & webchat are open every day, 5pm-midnight: thecalmzone.net/get-help and can be contacted on 0800 58 58 58. The Samaritans can also be contacted 24/7 on 116 123.