The first day of April is essentially a day of mass paranoia as we all try to figure out what's real and what's fake.

April Fools' Day is the one day a year where corporations are open about their deception of us all and try their best to pull pranks on customers - even if they don't always work out too well. 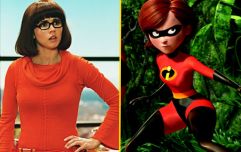 END_OF_DOCUMENT_TOKEN_TO_BE_REPLACED

We've become so jaded by the whole process that even when good news arrives, our natural instinct is to assume it's fake.

END_OF_DOCUMENT_TOKEN_TO_BE_REPLACED

Sure, some of the videos are a bit grain but everyone knows that it's not the simulation to your eyes, rather the pleasing your ears, that is the kernel of any corn video.

Still we wouldn't suggest you go visiting the site while at work or in the company of others, as the corny links you see may send you to some videos featuring cobs of a different kind.