Can you spot it?

One passenger was flying over Denver in the US when, while innocently looking out the window, they spotted something unusual.

END_OF_DOCUMENT_TOKEN_TO_BE_REPLACED

The passenger snapped a quick picture of the ground from the height they were flying at, leaving the houses and people looking like tiny blobs in the distance.

User Plebosaurus Rex uploaded the picture to Imgur, in a post entitled 'Found Something While Flying Over Denver', and the accompanying post appears innocent until the zoom button is used.

The first picture appears picturesque, a gorgeous clear picture of the Denver countryside... 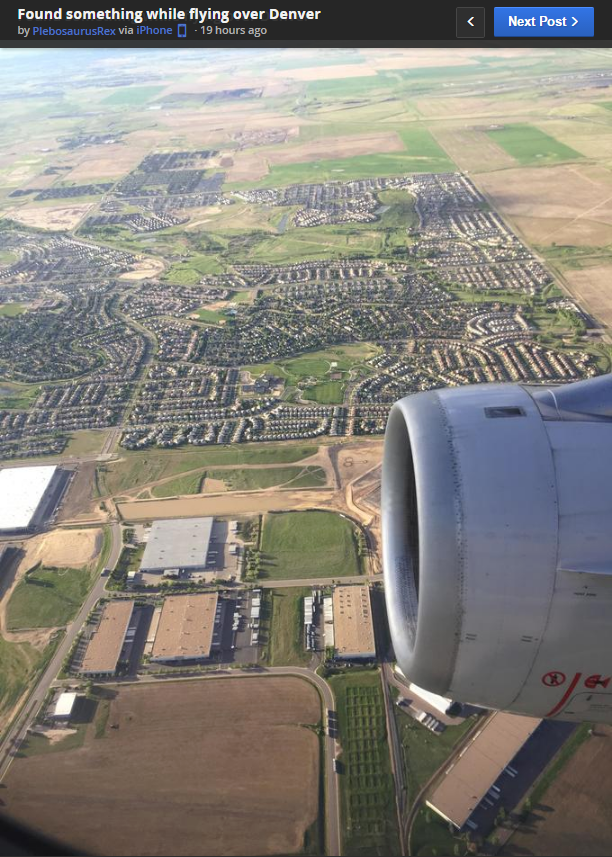 However, it's only after zooming into the photo that a rude carving of a giant penis visible, just to the left of the plane's engine. 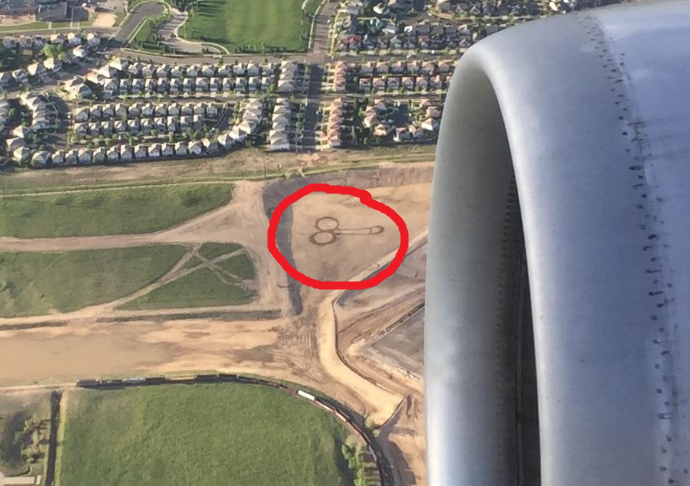 No matter what age we are, silly drawings of the male genitalia will never fail to make us chuckle.

All images via Imgur

popular
Groom shocks wedding by playing video of his bride cheating with her brother-in-law
Two British men raped in Spain after being 'drugged while out on night out'
Tory leader in shambolic BBC interview saved by even more embarrassing sign on his bookshelf
Emergency service workers took photographs of Kobe Bryant’s body 'for a laugh’
Brian McFadden alarms fans after sharing video showing his horrific reaction to 'bee sting'
Armie Hammer's ex-girlfriends share his '100% cannibal' texts in new documentary
Study finds women have three types of orgasm - including 'the volcano'
You may also like
News
Man shows aftermath of crazy waterslide jump which went viral
News
The horrifying reality of what the last selfies on Earth will look like, according to AI
News
Karen's Diner apologises after waiter called customer a 'pedo' and an ‘OnlyFans tart’
Social Media
Fisherman fights shark as he tries to get his finger back- 'I lost my goddamn pinky'
Travel
Swimmers turn on shark and attack it with mop as it approaches beach
Next Page