On Friday, supposed journalist and all around trash human Piers Morgan sent a tweet out.

So many stories start with ‘and x sent a tweet out’ and we all aware of how tedious this has become, but in many cases just like this one, it isn’t what is said, it is rather who it is seen by, how 140 tiny characters can reach millions of people in a second, and how a damaging message of archaic rhetoric is seen by those who see these people as influential.

This week’s controversial Piers Morgan opinion came in the form of two tiny words: “man up”.

Mr Morgan put forward the (by no means overdone and tiresome) argument that men sharing their mental health problems was going against society’s unspoken rules of gender.

I'm not convinced by this new trend of male public soul-bearing.
Time for our gender to get a grip, methinks. Life's tough- man up. https://t.co/aez9eFoT76

Men are not supposed to be in touch with their emotions and not supposed to acknowledge any form of mental health problem that could be detrimental to not only themselves, but to the health of their families. Instead, men are supposed to do what men do: burp in public, shout WAHEY when someone drops a pint in a pub and grunting at women in the street. You know, the manly way. The manly manish man things that make us all men. We’ve heard this idea time and time again, it is as original as telling someone to cheer up when they are depressed, or telling someone to calm down if they are suffering with anxiety. Just man up, men don't act like this, boys don’t cry.

Mr Morgan’s comments, along with other comments from highly paid male journalists over the last few weeks, are a response to a spate of high-profile men speaking honestly and openly about their problems with mental health disorders.


I'm blocked by the juddering hateflute but this kind of thinking is damaging to men everywhere. This way of thinking is outdated and idiotic pic.twitter.com/j5R58HBr7u 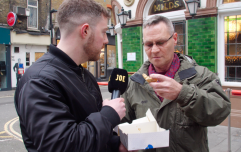 END_OF_DOCUMENT_TOKEN_TO_BE_REPLACED

The articles will say that they are all just jumping on a trend for notoriety, when in fact it is almost the opposite that is occurring. Men are finally getting to a place in society where we can discuss the invisible illnesses that plague our noggins, what was once seen as a general weakness is now being seen for what it is: a chemical imbalance in the brain that is out of their control.

It’s not anyone’s fault. It is not a punishment. It does not make you any less of a person. It is simply the misfiring of neurotransmitters, a surplus or lack of certain chemicals in your brain, that can be triggered by trauma but are also a simple evolutionary response to a situation and in no way define who you are as a functioning human being.

Imagine a young man hearing Prince Harry speak about his problems and identifying with that, learning about something they had previously had no knowledge of, and finding help. Now imagine that same young man, being told to man up, over and over again, until you simply can’t man up anymore.

I spent most of my 20s ‘manning up’. Ignoring my mental health problems, attributing them to weakness, not speaking up, not trying to understand them, simply wallowing in a sense of abstract failure in private, and putting on a brave face in public. I kept telling myself to man up, I ignored the problem for so long that I couldn’t ignore it any longer and everything came crashing down around me. There is only so long you can pretend a problem isn’t a problem until something breaks, and I broke.

The entire idea behind the phrase ‘man up’ has lead to significantly damaging ideas and habits amongst men. Suicide is the largest killer of men under 45. 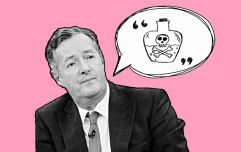 END_OF_DOCUMENT_TOKEN_TO_BE_REPLACED

Four million men in the UK will be suffering with a mental health problem at this very moment, and how many of those are willing to talk to their friends, their partners or their families about it? The bizarre social construct that men are the hunter-gatherers, hardened emotionless shells that bear their own emotional weight is an outdated concept that deserves to be buried so future generations aren’t inflicted with the same nonsensical arguments.

Could all you howling snowflakes please stop threatening me with violence & death?
It's having an adverse effect on my mental health.

The idea of ‘manning up’ can be as damaging as the disorders themselves, and a man with over five million followers should, in all sensibility, have the common sense not to spread such vile ideals about subjects of which he has absolutely no knowledge.

The opposite of this bile are campaigns such as Time To Talk’s ‘be in your mate’s corner’ or the work of charities such as MIND or CALM.

It’s listening to the conversations around male mental health, listening to your friends’ problems, being in tune with your sense of self. I am now more myself because of the information from such campaigns, and from hearing people who I admire (Robin Williams, Bruce Springsteen) discussing these issues in a proper and informed manner.

That people are finally able to talk about mental health problems is a gift that we shouldn’t ever criticise.

Personally I think being able to speak openly about your emotions, becoming comfortable with yourself and wanting to help your fellow man is one of the manliest things you could ever do.