Those first few Tinder conversations can be a little awkward and forced sometimes as you snd your match try to get into your flirtatious rhythm.

Then there are these types of exchanges which are just...well, see for yourself.

END_OF_DOCUMENT_TOKEN_TO_BE_REPLACED

A JOE reader in Ireland sent this message of a Tinder conversation between a woman and a man, who will remain anonymous.

After initially starting out rather normally and pleasant, things quickly took a turn south when the female party of the conversation did not reply in a hasty enough fashion for her potential suitor's liking. 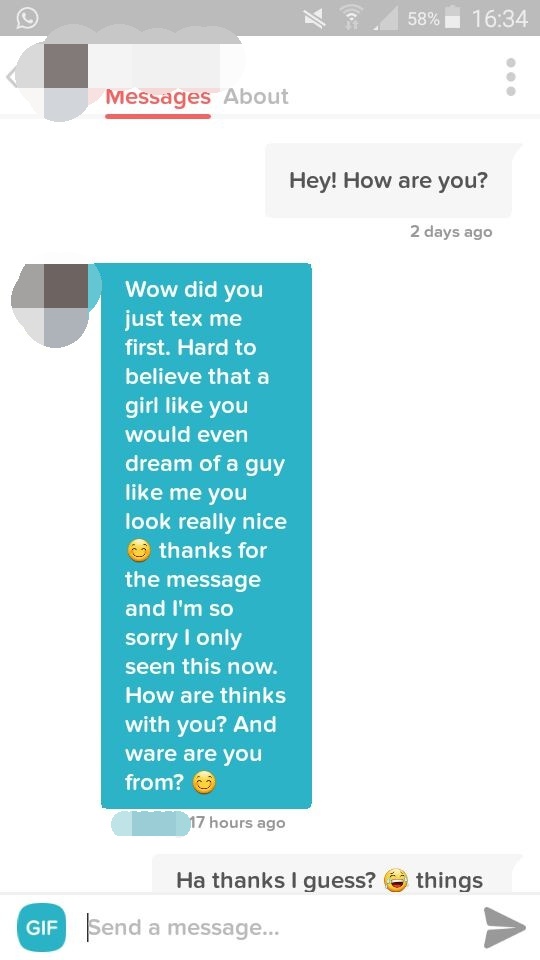 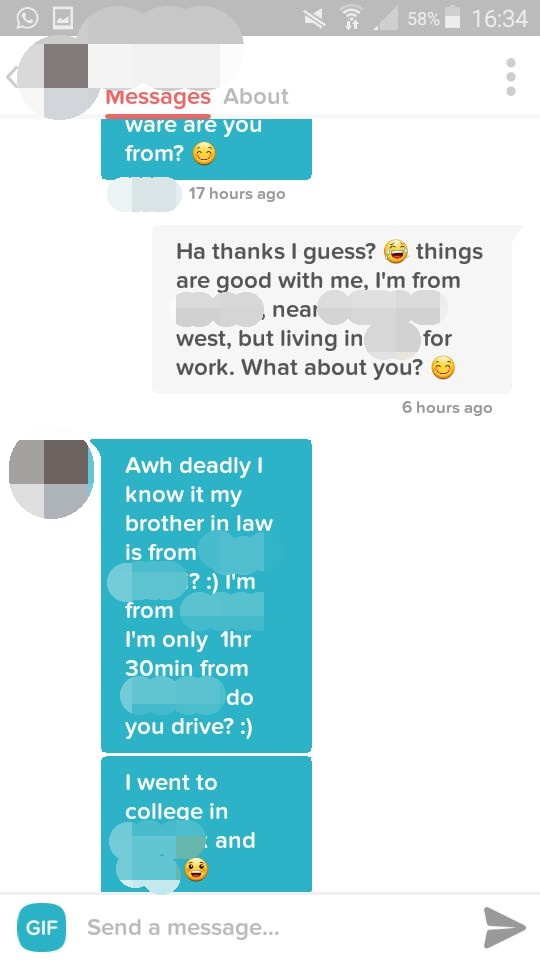 This is where things started to go wrong, very very quickly. 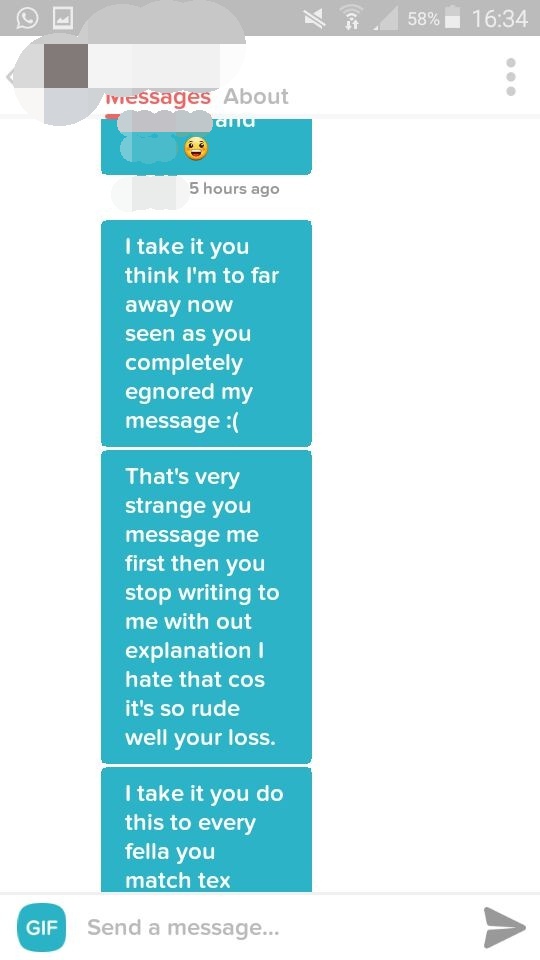 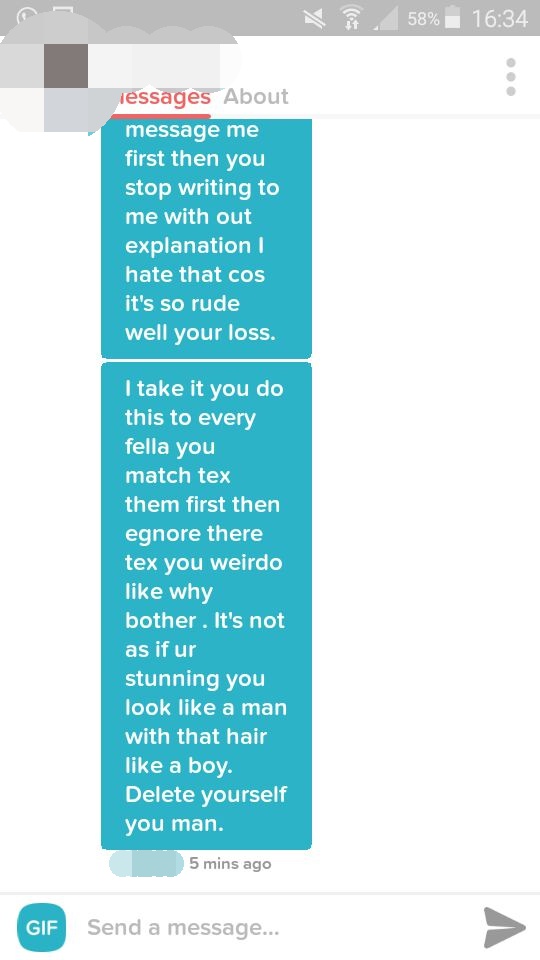 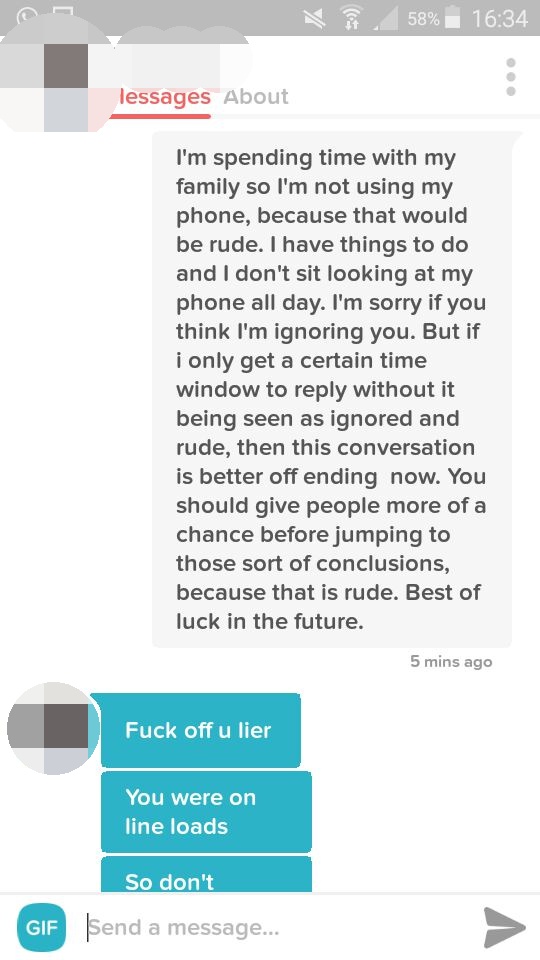 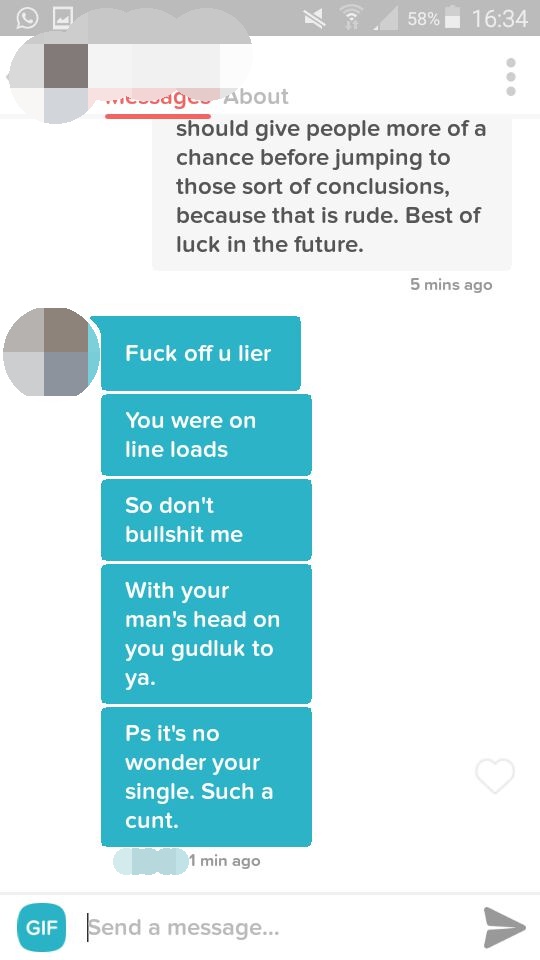 Yes, it's no wonder that she's the one who is still single.

popular
Ex-teacher who got pregnant by former student plans to film birth so it can be taught in schools
Landlord faces £40k fine after tenant puts swimming pool on roof of flats
Lisa Kudrow hits back at fans complaining about lack of diversity in Friends
James May 'hospitalised after crashing into wall at 75mph filming new show'
The JOE Friday Pub Quiz: Week 307
Robin Williams' wife shares reason why he killed himself
Furious Reading and Leeds ticketholders demand refunds as band replaces Rage Against The Machine
You may also like
News
WhatsApp introduces way to leave groups silently
News
Why Nancy Pelosi's Taiwan visit is so important but could have dire 'consequences'
Entertainment
Microsoft could be sizing up to buy Netflix, claims analyst
News
Massive outage brings internet down for hundreds of major sites
Tech
A flying motorcycle powered by eight jet engines has been invented
Next Page