Tinder has revolutionised the way in which people meet each other, with the most drastic change of all being the shift from the stigma that was once attached to online dating.

It's now socially acceptable to say that you met someone through Tinder without feeling any bit self-conscious.

We've seen a lot of different Tinder stories over the years from the most right-swiped people on the app, to the guy who has a genius method of always getting a reply and features on the app which have made us very, very sad.

But now this girl has found a clever way of making money from the app, without actually doing anything.

20-year-old Maggie Archer from Missouri, USA has been earning money from the app in genius fashion by scamming men with a vague message asking them to: "Send her $5 and see what happens." 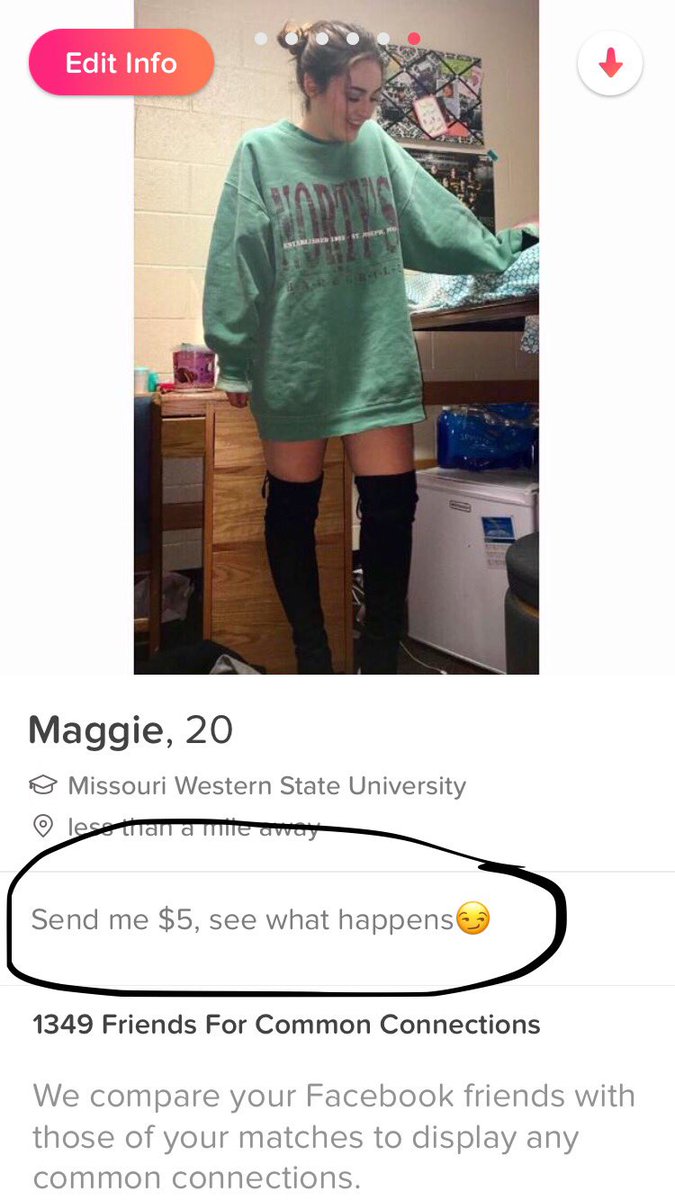 
She doesn't promise anything, in fact, she stays intentionally vague when they ask what will happen when they send the money, telling them to send it and find out.

She then sends them her Paypal details so they can forward the money... 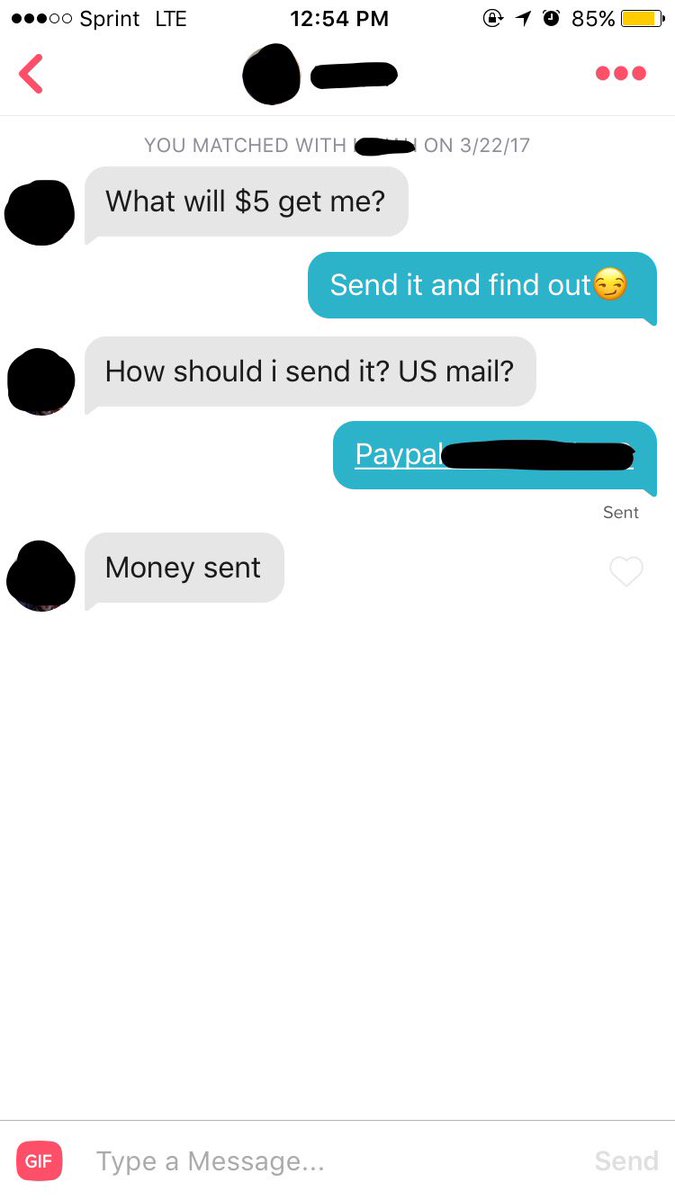 Her next step is to unmatch them once she receives the money. 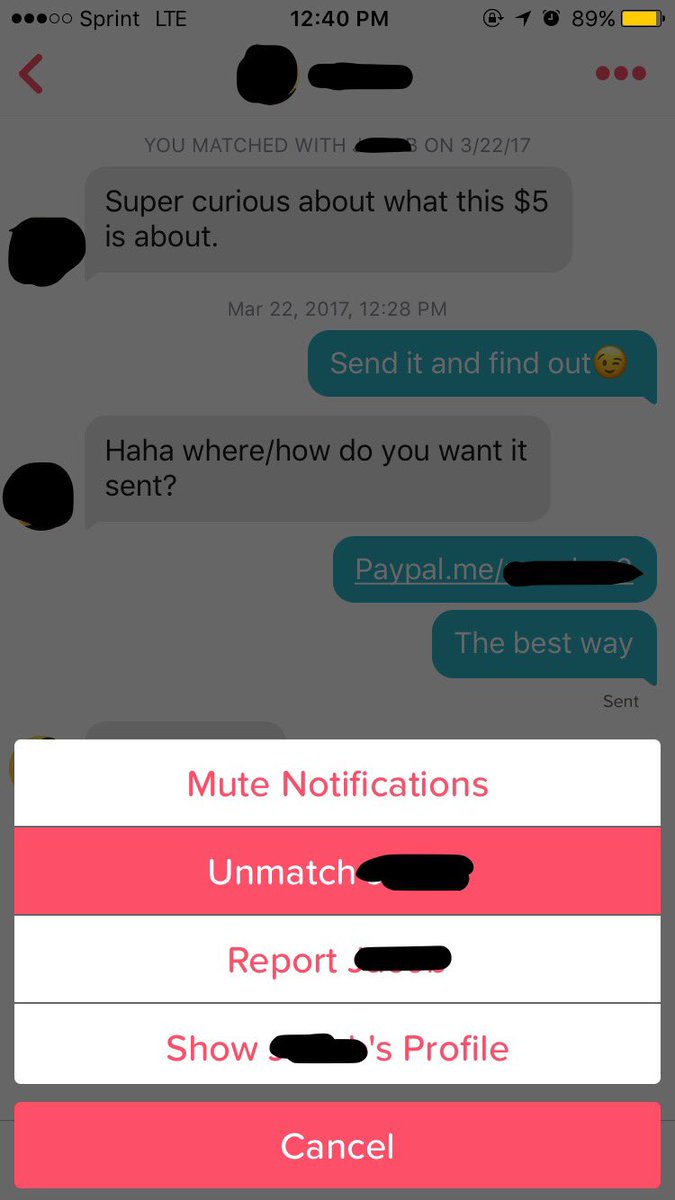 A lot of people have been caught out by it as she told Buzzfeed News that around one in five men actually send her money. She received money from over 20 matches in just under a week.

"It's really a foolproof plan, because I'm not actually promising anything, I just say 'see what happens,'" Archer told BuzzFeed News. 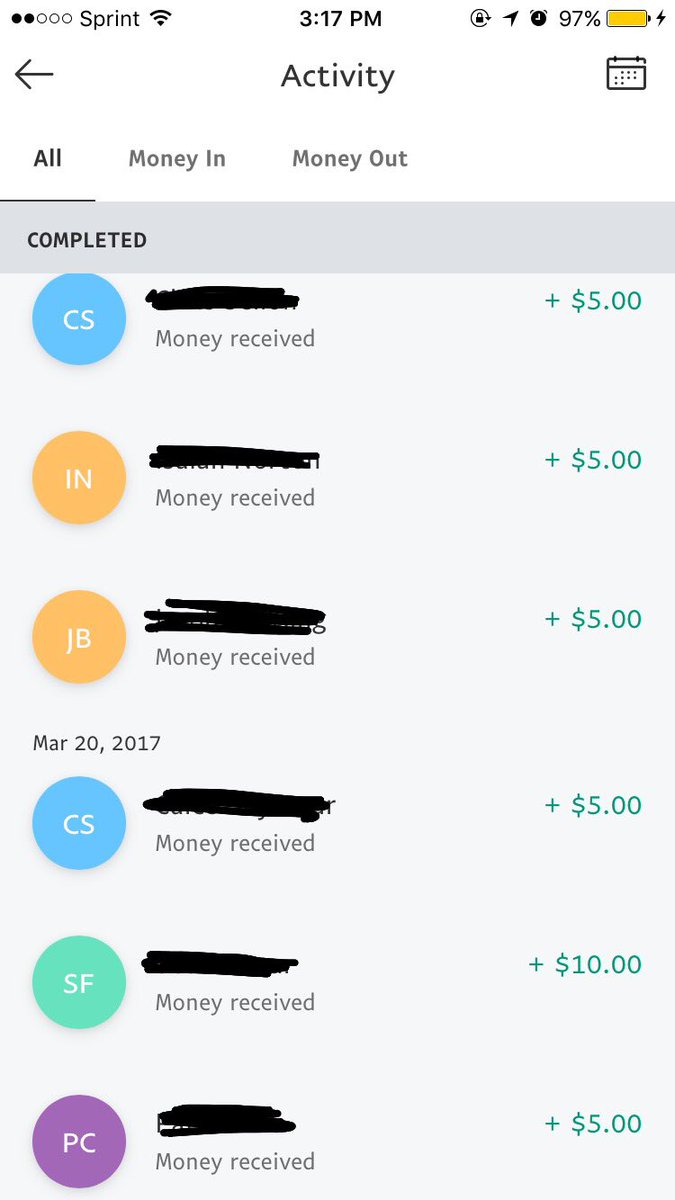 
However, it's not all good for Maggie as requesting money on Tinder violates the apps terms of service and usually results in said users having their accounts deleted.

A spokesperson from Tinder said: “Requesting money from other Tinder users violates our terms of service. As a result, these users have been removed from Tinder.”

But that hasn't stopped people on Twitter absolutely loving her ingenuity...

it's genius wish I would've thought of it 😂

I wish I could do this 😂


popular
Jadon Sancho to Manchester United transfer believed to be very close
Antonio Conte likely to leave Inter Milan after just one season
A must-see Jurgen Klopp documentary on Channel 4 this evening
It was Pierre-Emerick Aubameyang's final but Emiliano Martinez's moment
How to find out which restaurants near you are participating in Eat Out to Help Out
The JOE Friday Pub Quiz: Week 202
Footballers to be sent off for coughing on an opponent under new rules