Explaining how football works to a non-fan can be tricky

We reckon she's just doing it to get under his skin.

If you have a friend, girlfriend, boyfriend, mother, father or sibling who doesn't understand how football works, then you'll be able to relate to this.

END_OF_DOCUMENT_TOKEN_TO_BE_REPLACED

JOE reader Senan Ryan sent us these screengrabs of a conversation with his girlfriend after Leicester City secured the Premier League title on Monday night.

Trying to explain how Chelsea's draw with Tottenham left it mathematically impossible for Mauricio Pochettino's side to overhaul the Foxes, she grew more and more exasperated that a side had won the Premier League - or was it the UEFA Cup? - without even playing.

She knows how to push his buttons. 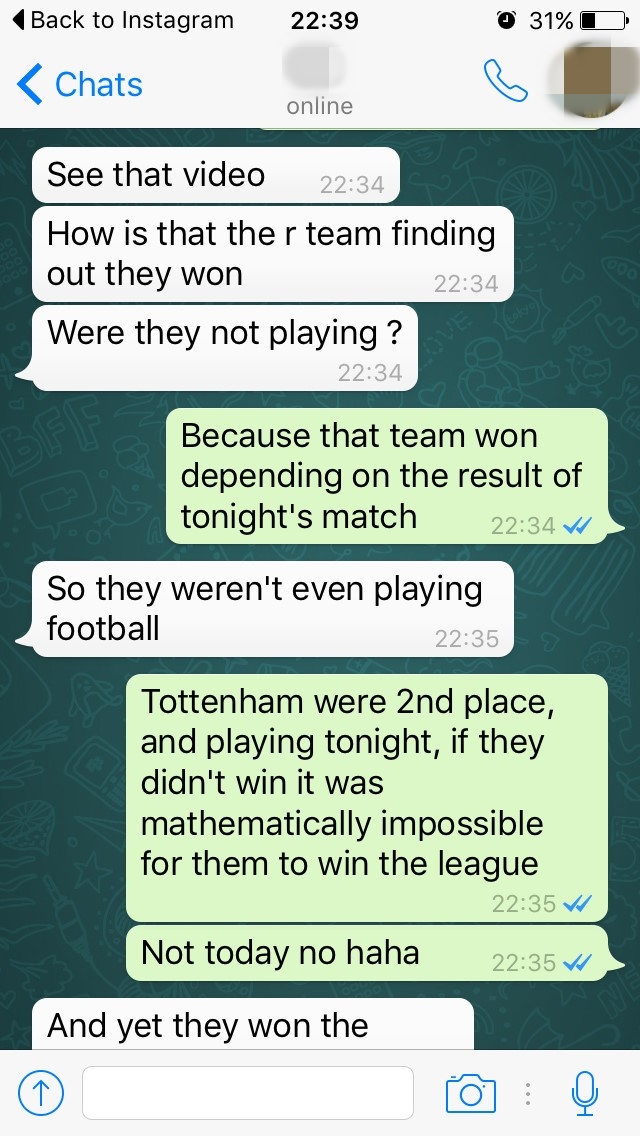 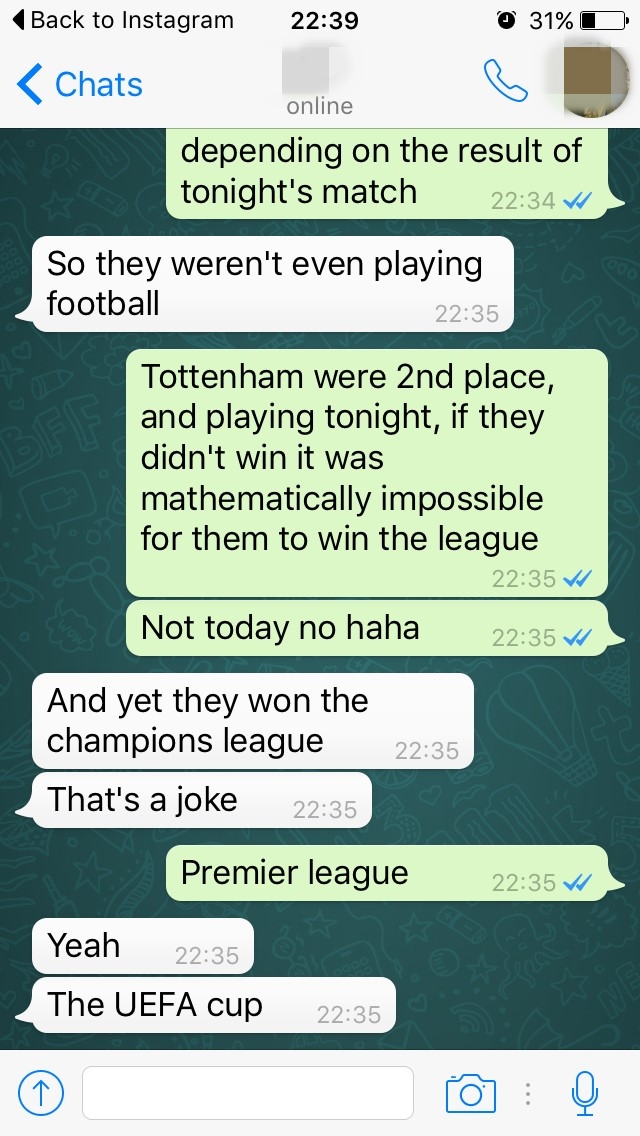 Got a story for JOE? Email us [email protected] or message us on Facebook.