Woman finds her ex on Tinder and has the perfect response

Well, it started out nice...

Tinder has an estimated 50 million users worldwide and has revolutionised how people meet each other, making it one of the most popular dating apps in the world. 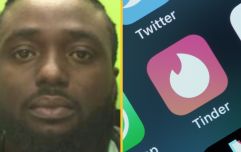 END_OF_DOCUMENT_TOKEN_TO_BE_REPLACED

It's now socially acceptable to say that you met someone through Tinder without feeling any bit self-conscious.

Brianna Boyce was swiping through her potential matches on Tinder, when she happened across a face she's seen many times before.

It was her ex-boyfriend Adrian, who exactly like her, had cropped their former partner out of one of their photos.

The image was posted over a week ago but went viral as people loved that the pair were comfortable enough to have a joke about it. 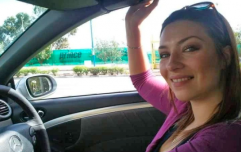 END_OF_DOCUMENT_TOKEN_TO_BE_REPLACED

But there was a sting in the tail, as Adrian didn't take too kindly to the tweet and refuted claims that the pair are friends...

As you can see, his response proved to be even more popular than Brianna's.

But the general response to him went something like this...

Congratulations man! You can take a harmless joke and use it to publicly tear someone down!! Way to make guys everywhere look bad!!👏🏼👏🏼👏🏼👏🏼