That something is called 'variation.'

Facebook founder and CEO Mark Zuckerberg has returned to work following two months of paternity leave, and has given the world an insight into his daily routine. 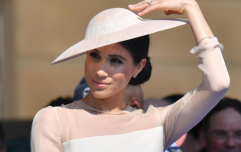 END_OF_DOCUMENT_TOKEN_TO_BE_REPLACED

He is the Homer Simpson of the technology world, but at least this proves that he hasn't been wearing the same manky light grey/dark grey combo since Facebook was known as The Facebook.

This definitely goes out to any man who can't be bothered thinking about what to wear tomorrow...

First day back after paternity leave. What should I wear?