When Protein World launched a billboard ad that asked 'Are you beach body ready?' on the London Underground, the backlash was swift.

The ad - featuring a bikini-clad model - was attacked on Twitter and Facebook, quickly becoming the subject of an online petition and, ultimately, sanctions by the advertising watchdog.

Carlsberg didn't miss a beat, however, showing their smarts with a clever idea to poke fun... 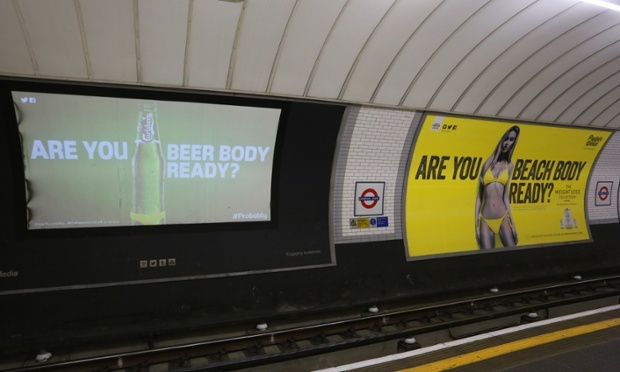 In fairness, Protein World took it in good spirits...

If @carlsberg are getting involved, you know you are #Winning 😎😂 pic.twitter.com/8ibMeFlQ71

popular
Amber Heard says her sister taught Johnny Depp to snort cocaine with a tampon
Lip readers analyse what Johnny Depp’s lawyer told him as they celebrated in court
Wagatha Christie: Wayne Rooney describes 'awkward' moment he asked Jamie Vardy to get his wife to 'calm down'
Julia Fox says Amber Heard was not 'powerful enough' to abuse Johnny Depp - and people are divided
Martin Skrtel retires from football due to health reasons
Coca-Cola announces change to its bottles
Amber Heard carried a make-up kit 'at all times' to cover bruises, court hears
You may also like
Sport
Why the US men's national team wore beer goggles during World Cup celebrations
News
Ukrainian brewery is now making beer that's easy to turn into Molotov cocktails
Life
Valentine's Day gifts for men: Presents he will actually thank you for
News
Keir Starmer cleared by police over lockdown beer snap
Sport
Bars to close early at Wales Six Nations games due to antisocial behaviour
Next Page