People with a twisted sense of humour are more intelligent, study finds

Do you like your humour on the darker side? Then you could be smarter than the average person.

According to a new study, people with a dark or twisted sense of humour tend to be more intelligent.

The study from the the Medical University of Vienna, published in the journal of Cognitive Processing, asked 156 participants to look at some darkly humorous cartoons.

To be specific, dark humour was defined as "a kind of humour that treats sinister subjects like death, disease, deformity, handicap or warfare with bitter amusement and presents such tragic, distressing or morbid topics in humorous terms".


After looking at the cartoons, the participants were then asked if they a) understood the joke, b) thought it was good and c) found it surprising, vulgar or interesting. 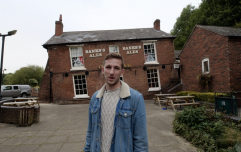 Welcome to the wonkiest pub in Britain

END_OF_DOCUMENT_TOKEN_TO_BE_REPLACED

Then the participants were given general tests to assess their intelligence and emotional stability, amongst other personal attributes.

"Black humour preference and comprehension are positively associated with higher verbal and nonverbal intelligence as well as higher levels of education," the authors of the study said.

But, the same people scored less highly on tests for emotional stability.

As with any study like this, you have to take it with a pinch of salt - 156 people is not a great sample size, and what constitutes a good joke, dark or otherwise, is entirely subjective.

On the other hand, if your friends don't share your dark sense of humour, they probably won't be smart enough to know what a 'sample size' is, so you'll be alright.


popular
Grant Imahara, co-host of Mythbusters, has died aged 49
Clive Tyldesley replaced as ITV's main football commentator
QUIZ: Identify 99 movies from the 90s by a single image
Can you name every English football league club that begins with 'S'?
Wesley Sneijder begins training with fifth tier Dutch side, eyeing up top level return
The JOE Friday Pub Quiz: Week 199
A definitive ranking of every swear word from worst to best