The internet is buzzing - gassed, you might even say - over this kid who reviews London's fried chicken establishments.

His name is Chicken Connoisseur, and he presents The Pengest Munch, a YouTube series that has suddenly blown up in popularity overnight. The latest edition, Episode 6: Chick King (Tottenham), has passed 50,000 views after being shared across Reddit and Twitter. 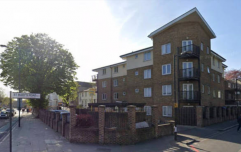 END_OF_DOCUMENT_TOKEN_TO_BE_REPLACED

"Here we are, outside the deadest team in the planet," he begins episode six, gesturing to the Tottenham Hotspur team shop behind him. "But we're not here for the team. We're here for chicken, but before that... crep check." This guy knows the number one rule of presenting: if your trainers are in a state, you're in a state. 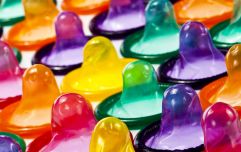 END_OF_DOCUMENT_TOKEN_TO_BE_REPLACED

Another thing that's so great about The Pengest Munch is the production values - these are some seriously pro-looking videos. 3D graphics, top-notch editing; whoever's producing these shows knows what they're doing. Even the YouTube descriptions of the videos are hilarious, check out this one from episode five:

This visit was tense; bare hype in the shop, but everything was dead as you can see. Chicken Valley? Not the one. I've called immigration to disrupt bossman's business for the sheggry he bestowed upon me. #DontJudgeMe

But above all, the best thing about The Pengest Munch is the Chicken Connoisseur's critical faculties - he is a fantastic reviewer. The way he analyses the chicken shops in terms of produce, flavour, texture, value for money, service, is sublime. It's a valuable public service.

So we thank you, Chicken Connoisseur. In a horror show of a year, you might just be the best thing to happen in 2016.

JOE has reached out to the Chicken Connoisseur for comment. We'll keep you in the loop. In the meantime, check your creps, folks.

popular
M.U.S.T release statement after embarrassing Brentford defeat
Dana White claims UFC fans who illegally streamed fights have been 'f****** smashed'
Gary Neville highlights Erik ten Hag decision that 'backfired spectacularly' at Brentford
Pedophile chugs liquid and dies in court shortly after he's convicted
Lisa Kudrow hits back at fans complaining about lack of diversity in Friends
Landlord faces £40k fine after tenant puts swimming pool on roof of flats
James May 'hospitalised after crashing into wall at 75mph filming new show'
You may also like
News
Britain could be plunged into darkness in January as government considers winter blackout plans
News
London bus drivers to strike on same day as Tube and Overground walkout
Sport
Inside the UK's biggest sports bar - set to open ahead of 2022 World Cup
News
Greggs clash with Met Police over late-night sausage rolls that could lead to 'crime and disorder'
News
Watch: Graduation ceremony erupts after student dances onto stage and jumps into the splits
Next Page