You've been saying it for years, now here's science to back you up...

It turns out that video games don't cause us to become aggressive rage demons like the ones found in the quite excellent Doom remake from 2016. 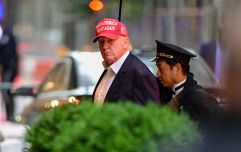 END_OF_DOCUMENT_TOKEN_TO_BE_REPLACED

That's according to a new study, freshly published by Nature journal Molecular Psychiatry and one which focused, crucially, on long-term effects as opposed to simply assessing quick-play scenarios.

German researchers recruited 77 non-gamers before splitting them into three groups and doling out a hefty amount of questionnaires and personality assessments.

Next came a two-month gaming study in which one group played Grand Theft Auto V for a total of 30 minutes per day, while another group tackled the much less murderous Sims 3.

The final group were simply instructed to return two months later for another round of the same test they took in the first place. Following all that, all three groups were subject to a third round of tests to complete the process.

Analysing the groups separately, the researchers failed to discover any significant difference in the volunteers' aggression levels prior to and after they took the gaming tests. No difference was found in their empathy, impulse control, anxiety or depression levels, either.

"To our knowledge, the present study employed the most comprehensive test battery spanning a multitude of domains in which changes due to violent video games may have been expected," notes the study's conclusion.

"Therefore the present results provide strong evidence against the frequently debated negative effects of playing violent video games," it adds, though the study does sign off by noting that future research is require to demonstrate the absence of effects of violent video games in children. 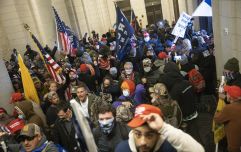 END_OF_DOCUMENT_TOKEN_TO_BE_REPLACED

Despite all of that information, there will always be people out there who believe that playing a certain type of adult-themed video game will ultimately do more harm than good.

So whether it's your parents, your significant other or, er...

...who are concerned that speed runs of GTA V are rotting your brain, you can now point to the latest scientific research as going some way to dispelling that notion.

Just be polite and calm when you do it, yeah?