Milky Way's newest biscuit looks out of this world

Brand new Milky Way biscuits are coming to B&M in September and for only £1. Though they will be exclusive to one retailer for a while, they will be launched nationwide across other supermarkets in the coming weeks.

Now, in your best Nigella voice, read the following:

END_OF_DOCUMENT_TOKEN_TO_BE_REPLACED

Each Milky Way biscuit is vanilla flavoured, with one side coated in the signature Mars milk chocolate. Each sweet treat has one of four brilliant designs embossed into the delectable biscuit.

Milk Way recommends dunking your biscuit into a hot drink of your choice, melting the chocolate a little before engaging in your "out of this world experience".

NewsfoodUK announced the new biscuit on Facebook, and fans are eating it up.

END_OF_DOCUMENT_TOKEN_TO_BE_REPLACED

"We need to find these they look yummy," wrote one person.

"Don't let Mark get them he'll eat them all," says another, warning the nation of Mark's gluttonous behaviour.

"Georgie Howells I feel like this is gonna be a bit of you when you're home," writes Abbie, who perhaps thought she was writing on a Love Island post. 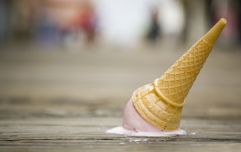 END_OF_DOCUMENT_TOKEN_TO_BE_REPLACED

Each 180g packet of Milky Way Biscuits has 12 biscuits, but that doesn't mean they are for sharing. Two biscuits containing just 87 calories, making them the perfect snack if you are looking to cut back on your sweet treats. However, the entire packet will be 261 calories, meaning they are also perfect for scanning in bed as you watch Bridget Jones, or whatever straight people watch...Saving Private Ryan?

The Milky Way Biscuits are due to launch on 1 September exclusively at B&M stores across the country before branching out a few weeks after to the likes of Tesco and other supermarkets.