He said her allegations of Islamophobia 'stink' 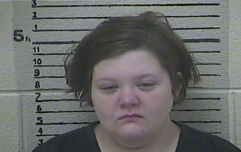 END_OF_DOCUMENT_TOKEN_TO_BE_REPLACED

Speaking to Andrew Pierce on LBC, Fabricant described her claim that she was sacked from a ministerial role because of her "Muslimness" as "lame."

He told the radio station that "prejudice of any kind is pretty pathetic in modern Britain" but that he was unsure of the validity of Ghani's claims, saying: "The whole thing stinks."

Fabricant continued: "For her to say that someone said it's because she's a Muslim, I mean, she's hardly someone who's obviously a Muslim."

The MP for Lichfield argued that because Ghani's faith "wasn't apparent" he struggled to believe that she could have been the victim of Islamophobia, describing her claims as "a rather lame excuse."

The Boris Johnson-supporting MP said the timing of Ghani's allegations was "very suspicious."

'She's hardly someone who's obviously a Muslim.'

Tory MP Michael Fabricant declares that Nusrat Ghani's accusation of Islamophobia is a 'lame excuse' for her sacking as it's 'not apparent' she is Muslim.@toryboypierce | @Mike_Fabricant pic.twitter.com/jUvsKHteAL

On Monday, the prime minister announced an investigation into Ghani's claims, a move that has been welcomed by the Wealden MP.

END_OF_DOCUMENT_TOKEN_TO_BE_REPLACED

Downing Street has said that Johnson met with Ghani to encourage her to make a formal complaint but she decided not to do so.

In a statement, Number 10 said: "After being made aware of these extremely serious claims, the Prime Minister met with Nusrat Ghani to discuss them.

"He then wrote to her expressing his serious concern and inviting her to begin a formal complaint process. She did not subsequently do so.

"The Conservative Party does not tolerate prejudice or discrimination of any kind."