Smoking attitudes are no longer all smoke and mirrors

A recent survey has revealed that six out of ten UK residents want legislation to ban vapes and smoking in beer gardens. Could this be the end of Cigarette and cider Sundays? Are we finally saying goodbye to social smoking as a whole? 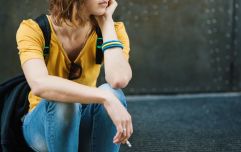 END_OF_DOCUMENT_TOKEN_TO_BE_REPLACED

The survey was conducted by Swedish Match, a company that produces tobacco-free nicotine products. The study of 2,000 people also revealed that three-quarters of people believe that vapers and smokers should ask non-smokers for permission before they spark up. Forty-five per cent of participants would outright ask people too not to smoke around them, with London residents more confident than any other region.

People felt "empowered" and "justified" at telling smokers no, but fifty-eight per cent of people will move seats or move away entirely  as they are unable to bear the smell. 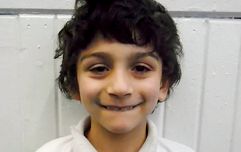 END_OF_DOCUMENT_TOKEN_TO_BE_REPLACED

Just over six in 10 parents ask friends and family who smoke or vape near their children to stop, but practically a third keep them away from smokers completely.

When people move children away from smokers, the survey found that one in five people feel embarrassed. Strangely seventeen per cent of smokers feel offended, while a further eleven per cent feel anger.

END_OF_DOCUMENT_TOKEN_TO_BE_REPLACED

Even smokers have opinions, and the survey also gauged their reaction to how smoking is perceived and how they take into account the feelings of non-smokers. Eighter per cent of smokers said they have sparked up around non-smokers, but contrastingly, seventy per cent always ask first. So to the ten per cent out there, let's be considerate.

popular
Landlord faces £40k fine after tenant puts swimming pool on roof of flats
Footage of Boris Johnson shopping in Greece emerges as PM jets off on second holiday in as many weeks
Graeme Souness under fire for calling football a ‘man’s game' while sat with Karen Carney
Comedian cancelled after ‘getting his penis out on stage’ during Edinburgh Fringe Festival
Incredible case of the only known individual whose parents were two different species
Jeremy Kyle's security guard Big Steve is now on Drag Race
Man with laughing condition like The Joker accused Joaquin Phoenix of stealing his persona
You may also like
Health
Smoking an Elf bar is equivalent to a scary amount of cigarettes, explains doctor
News
Eye doctor warns smokers and vapers against 'permanent blindness'
Health
NHS sends urgent message to all people who have ever smoked
Fitness & Health
Under-25s set to be banned from buying cigarettes in England
News
New Zealand to ban young people from ever buying cigarettes
Next Page