The share of men under 30 in the USA who aren't having sex has nearly tripled between 2008 and 2018, according to data published in the Washington Post.

END_OF_DOCUMENT_TOKEN_TO_BE_REPLACED

In 2008, roughly 10 percent of men under the age of 20 reported having no sex in the previous 12 months, slightly more than the number of women.

In the last 10 years that number has hit 28 percent for men under 30 -  a rise of close to triple - while for women under 30 that rise was less than 10 percent.

Stunning chart: the share of men under 30 who aren't having sex has nearly tripled in the past decade https://t.co/0aazxCijYP pic.twitter.com/HVVmffy7Jc

The data comes from the data from the General Social Survey,  a sociological survey conducted by the National Opinion Research Center at the University of Chicago which has been running since 1972.

It also suggested that the number of young men who report being virgins has tripled since 2008 - reporter Christopher Ingrams does however point out that this may not be completely accurate since the way the data was reported, they could have had sex prior to turn 18, or only slept with other men.

Final datapoint: the share of young men reporting no female sex partners since they turned 18 -- a rough a proxy for virginity -- more than tripled since 2008. I say rough proxy bc 1) some had sex in their teens and 2) some exclusively have male partners. pic.twitter.com/nCJly8s3Ok 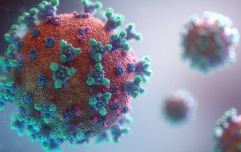 END_OF_DOCUMENT_TOKEN_TO_BE_REPLACED

A report from January showed a similar decline in the amount of sex American high school students are having. It found that just 41 percent of student in grades nine to twelve had had sexual intercourse - compared to 47 percent in 2005, and 53 in 1995.

popular
Insulate Britain members have ink thrown on faces amid motorway protests
TikTok star arrested for murdering wife and man could face death penalty
Pique and Griezmann among stars to praise footballer for coming out
Alec Baldwin: Criminal charges possible in shooting, confirms attorney
Drug dealer pleads guilty to selling drugs that killed Mac Miller
Insulate Britain protester says 'she'll cry' if anyone dies as a result of M25 action today
Vegan installs hand sanitiser dispenser ‘full of blood’ outside butchers
You may also like
Sex
'I breastfeed my boyfriend twice a week to get us in the mood for sex'
Fitness & Health
Men with larger noses have bigger penises, a study shows
News
People born in April are officially the sexiest, study finds
Entertainment
Jake Gyllenhaal says filming sex scenes with Jennifer Aniston was ‘torture’
Sex
'My mum and I share my husband - it brings us closer together'
Next Page