The fierce old rivalry between Mancunians and Merseysiders may be as bitter as ever in footballing terms, but when it comes to pornography, it looks like there could be a bit of secret fandom going on. 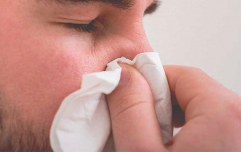 END_OF_DOCUMENT_TOKEN_TO_BE_REPLACED

The paper says that Mancunian porn-lovers browse content featuring "Liverpool girls" 120% more on average than the rest of the country. There was also a 105% search increase on the word "Scouse".

The most searched term in London, Leeds, Birmingham, Bristol and Sheffield is "lesbian".

popular
Dad who left partner for Ukrainian refugee is now her full-time carer after she became partially blind
Tariq Lampety switches international allegiance ahead of Qatar World Cup
Elon Musk secretly fathered twins with his top executive, according to court documents
Premier League club faces call to suspend international player over rape allegations
Bizarre moment Flash star Ezra Miller offers to 'knock out' store worker who wanted a selfie
England women's squad to discuss changing white shorts due to period concerns
Piers Morgan took a piglet on his show and people don't know 'what the f*** is going on anymore'
You may also like
News
Boy, 14, stabbed to death 'defending' mum from 'ferocious' knife attack
News
Heartbreak as three-year-old boy dies of wounds after suspected dog attack
News
A strictly 'no men allowed' club night is coming to British shores
News
Best place to live in UK has been announced - and the results will surprise you
News
UK’s first ever all-season beach to open inside £250 million waterpark with 35 slides
Next Page