In response to homophobic anti-LGBTQIA+ protests held by the outspoken Westboro Baptist Church, a man decided to buy the house across the road for the church itself and painted it with a giant pride flag. Hero.

Aaron Jackson - who runs his own LGBTQ+ advocacy group, Planting Peace - purchased the property back in 2012 after spotting it go up for sale just over the road from the controversial church group. He decided to paint in rainbow/Pride colours a year later and dubbed it, "Equality House".

Although it has seen everything from graffiti to bullet holes over the years, it still stands bright today and remains the headquarters for his organisation, as well as a stance against the church's hateful views. 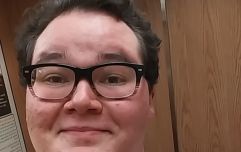 END_OF_DOCUMENT_TOKEN_TO_BE_REPLACED

Westboro Baptist Church has long been rapped in controversy and according to the man who painted it, Mike McKessor, it isn't just the LGBTQ+ community that it discriminates against. As well as subjects such as Islam and abortion, McKessor said to the LA Times: "I'm a veteran too, and those guys mess with veterans, not just the gay people. They mess with everybody."

As such, he said he was happy to take on the project and that when people would drive past, they would stop when driving to congratulate him and Jackson for making a statement. 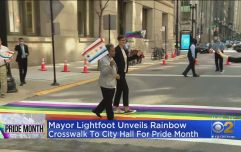 END_OF_DOCUMENT_TOKEN_TO_BE_REPLACED

Jackson is about as acitivst as they come, having not only taken on Westboro but also paying for the college tuition of fellow teen ally, Gavin Grimm, planting a Pride flag in Antarctica and even sending one to outer space. Now that's impressive.

In a world filled with so much unnecessary hate, it's heartwarming to see people not only do the right thing but do so in a way that helps divert the attention from the bastards that are so clearly desperate to hold it. Good on you, Aaron.

popular
Liverpool crowned Premier League champions, but only on aggregate
Ukrainian refugee who ran off with dad finally speaks out and blames man's partner for split
This 'Welcome to Luton' prank sends Gatwick Airport arrivals into a frenzy
Noel Gallagher left 'covered in blood' after headbutt from Ruben Dias’ dad
Volcano where mutant sharks live in acidic underworld crater is erupting
Shocking moment lion rips off man's finger after he sticks his hand into zoo cage
Johnny Depp trial: Kate Moss ‘testifying’ in defamation case against Amber Heard, report claims
You may also like
News
Rainbow-coloured 50p revealed by Royal Mint to mark 50th anniversary of Pride in UK
Life
Housing minister Robert Jenrick says you 'must have a vagina' to be a woman
News
Brazilian presidential hopeful Eduardo Leite comes out as gay during historic TV interview
Life
Miss USA gets first openly transgender contestant
Sport
Irish pundits say what needs to be said on UEFA's farcical rainbow stance
Next Page