It was clear he would go on to great things.

Not many people alive today can say they have achieved, objectively, something that no other person has. This week Jeff Bezos managed just that. 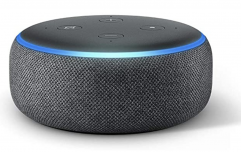 END_OF_DOCUMENT_TOKEN_TO_BE_REPLACED

He placed himself among names such as Stephen Hawking – the first scientist to explain the general theory of relativity and quantum mechanics – and Roger Federer – the tennis player to have won the most grand slams – by becoming richest man to ever live.

His total wealth is almost unfathomable, his net worth was estimated to be $105.1 billion (£77.75bn) on Monday, more money than anybody could ever need.

In light of his achievement, a number of stories about his life as a young man have come to light that paint a picture of the person he would go on to become.

According to a former classmate, when he was in secondary school, the Amazon CEO let all his Miami Palmetto Senior High peers know that he intended to be the class valedictorian, months ahead of the ceremony. True to his word, he would go on to finish first from a class of 689 pupils.

But, more incredibly, he made an even grander prediction about his future that nobody would have believed at the time.

In 1982, at the time of his graduation, he told The Miami Herald he wanted to “build space hotels, amusement parks, yachts and colonies for two or three million people orbiting around the earth.”

And although he has not yet achieved that dream, it would shape his future plans after he found success with online retailer Amazon. 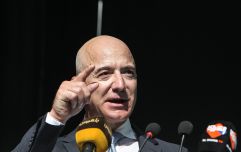 END_OF_DOCUMENT_TOKEN_TO_BE_REPLACED

Known as a man of his word, in 2000 he launched Blue Origin, a private space travel business and nearly two decades later he is responsible for putting rockets into orbit.

Although space tourism is in its infancy and his declaration has yet to come to fruition, given all his has achieved in his life so far, it's fair to say who knows what the future holds.