Here are the jobs that attract the most and fewest psychopaths

Is your profession here?

Hannibal Lecter was a forensic psychiatrist. Normal Bates worked in a hotel. Patrick Bateman was an investment banker. 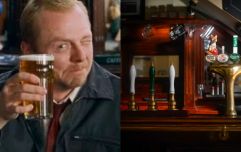 END_OF_DOCUMENT_TOKEN_TO_BE_REPLACED

See, there's a distinct diversity when it comes to the professions of the most famous psychopaths in film history, but in a recent study that's titled  The Wisdom of Psychopaths: What Saints, Spies, and Serial Killers Can Teach Us About Success,  it appears that CEOs, lawyers and those that work in the media (cough, cough) have psychotic tendencies.

Before you instantly block anyone that works in the following jobs, just remember that psychopathy is defined as a personality disorder that's characterised by shallow emotions, stress tolerance, a lack of empathy, coldheartedness, a lack of  guilt, egocentricity, superficiality, a tendency to manipulate people, irresponsibility, impulsivity and antisocial behaviour.

Anywho, if you happen to know anyone that works as a carer, nurse or therapist, they're good eggs and less prone to go reaching for the nearest axe....we hope!

Did your job make the grade here?

FYI, we're certain that anyone who works in these ten professions are absolutely lovely people.

popular
McDonald's launching new Big Mac with twist for first time ever in UK
Luke Shaw's old tweet about Man Utd teammate Ronaldo resurfaces on social media
Brewdog to sue BBC over allegations made in new documentary
Hero Jordan Henderson tries to prevent Liverpool fan from taking shirt off child
Evan Rachel Wood claims Marilyn Manson ‘essentially raped her’ in music video
Everything we know about new 'stealth Omicron' strain
Woman stabbed to death before knifeman run over and killed as driver ‘tries to save her’
You may also like
News
Let us use prisoners to ease labour shortages, food firms beg government
Sport
Boris Johnson calls for employers to give workers time off on Monday if England win Euros
News
Wetherspoons boss Tim Martin backtracks on 'out of context' immigration comments
News
Wetherspoons boss Tim Martin calls for more EU immigration due to shortage of staff
Entertainment
Rockstar Games is looking to hire full time game testers
Next Page