Happy birthday, Freddie – and thanks for showing me how to be a man

My first ever memory is still incredibly vivid, though undoubtedly embellished through years of subsequent telling and retelling.

I'm in the back of mum's car, she's driving somewhere, not sure where, and a song is blaring out, I don't know the words, I can't even talk yet, but whatever it is, it's the best thing I have ever and will have ever heard. 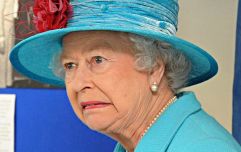 END_OF_DOCUMENT_TOKEN_TO_BE_REPLACED

The voice coming through that car radio still makes me fucking joyous every time I hear it, Freddie Mercury's voice still makes me emotional to the point of being elevated to some childhood state that makes everything else unimportant.

Freddie would have been 71 years old this week, he passed away in 1991, two years after I was born. The reason that song, Bohemian Rhapsody, was on the radio in my mum's car was because news had just broken that he had died from bronchopneumonia, and had lost his hard-fought and long-hidden battle with AIDS.

I'm sure I'm not the only one who heard that song, on that radio station, on that day, as a little kid, and launched into a lifelong obsession with Freddie Mercury.

When you're a kid, up until a certain age, you don't care about the social connotations of anything, if you like something, you like it. I loved Queen, big time. A ridiculous amount. It wasn't until I got to secondary school that I realised that liking Queen in the late 90s was not the done thing if you wanted the other kids to like you.

My CD of their Greatest Hits compilation stopped working when I was five because I'd played it so many times. Then I got hold of some VHS tapes, told my mum and dad to tape every documentary about Queen or Freddie that was ever on TV. 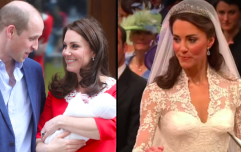 END_OF_DOCUMENT_TOKEN_TO_BE_REPLACED

One a ballet-obsessed, opera-obsessed singer who alternated his dress code between a crown and robe and a pair of stonewash jeans and a white vest – a rebel in his own way; the other a scissor-kicking footballer with one very long eyebrow and a penchant for turning his collar up – a rebel in a very different way.

To me, now and then, they are both beacons of masculinity, not in the sense that I think all men should be like them, but in that they are type of men I want to be. Brave, artistic, very slightly unhinged, completely unique, creating and following their own paths.

There's a great story about Freddie Mercury meeting Sid Vicious, of Sex Pistols fame. It's 1977 and Queen and Sex Pistols are both working on their respective albums at Wessex Studios.

Freddie Mercury and Sid Vicious pass each other in the corridor, Vicious turns to Freddie and says: 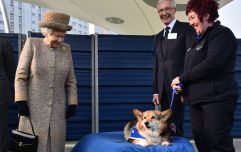 The heartbreaking reason the Queen has stopped breeding corgis

END_OF_DOCUMENT_TOKEN_TO_BE_REPLACED

"So you're the bloke that's supposed to be bringing ballet to the masses?"

"Ah, Mr Ferocious. We're trying our best," replied Freddie, according to those who were there.

He boxed at school, he was obsessed with ballet.

He was in a rock band, he was one of the biggest opera nerds going.

He was a guarded, private man, he was one of the biggest rock stars the world has, and ever will see.

Freddie Mercury was a contradiction in so many terms, and the perfect example of why our constructs and expectations around masculinity are all, essentially, complete bullshit.

As a young teenager, it hurt my brain trying to work out the meaning of masculinity while listening to songs about Killer Queens and Good Old Fashioned Lover Boys, I still haven't worked it out, but the difference is that now I don't actually care. I only care about Merculinity.

There's a line in "The Show Must Go On", written by Brian May, and performed by Freddie while he was on death's door.

It goes "my soul is painted like the wings of butterflies", and was clearly written by Brian May, to be sung by Freddie, and the line is clearly about Freddie.

It's damn well true, you know. Happy birthday you hairy-chested, moustachioed, madman, and thanks for everything.

popular
Man dies three days 'after GP sent him home and threatened to strike him from surgery list'
Jesse Lingard angered by 'lack of respect' shown by Man United after loan move delayed
Marcus Rashford responds after being pictured with disgraced rapper Wiley
McDonald's launching new Big Mac with twist for first time ever in UK
Schoolboy loses both nipples after classroom dare involving two cans of Lynx
Outrage after Sadio Mané allowed to play on for 10 minutes after being knocked out
Brit who got trapped in Kabul during Taliban takeover now wants to go to Ukraine to 'see war'
You may also like
News
Prince Andrew ‘left in tears when Queen stripped him of titles’
News
Downing Street held two parties the night before Prince Philip's funeral
News
Pubs set to stay open until 1am under Queen's Platinum Jubilee plans
News
Armed intruder arrested in grounds of Windsor Castle as Queen celebrates Christmas
News
Brits want William as King not Charles, study reveals
Next Page