The gaming community came to a standstill this afternoon as the Pokemon Go servers were down for two hours.

It forced people to interact with friends and enjoy the weather - something which many had failed to do since the game launched in the UK during the week.

According to a Pokemon Go updates Twitter account, the downtime was due to a DDOS (distributed denial of service) attack, and hacking group seems to have accepted responsibility. 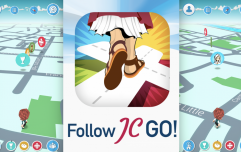 END_OF_DOCUMENT_TOKEN_TO_BE_REPLACED

While PoodleCorp claims to have been behind the attack, this is yet to be confirmed.

Anonymous have suggested the downtime was, in fact, due to increased strain on the servers caused by a Europe-wide rollout of the augmented reality game.

Pokemon Go officially launched in 26 new countries today, and had already experienced server downtime which caused developers Niantic to push back the official release date in the United Kingdom.

The servers are down because of a worldwide outroll of the application, simply too many people are playing. https://t.co/0noje8YzX9

popular
Groom shocks wedding by playing video of his bride cheating with her brother-in-law
Man has hand 'chopped off' outside working men's club in attack like 'a horror film'
Study finds women have three types of orgasm - including 'the volcano'
SeaWorld responds after footage showing killer whales attacking each other leaves visitor in tears
Astrologer predicts how World War 3 would start and end - it doesn't look good for anybody
Some Stranger Things fans are now trying to cancel Metallica
Runner finishes last in 400m race as penis keeps falling out of shorts
You may also like
Entertainment
Pokémon card listed on eBay for $9.99 sells for over $300,000
Entertainment
If you're still playing Pokémon Go, there's something special in store for Valentine's Day
Entertainment
If you're still playing Pokémon Go, you'll be rewarded with new Pokémon
Entertainment
Pokemon Go is coaxing players back in for Halloween
Entertainment
Pokemon Go introduce new 'buddy system' with their latest update
Next Page