Images of a couple strung out on heroin while a child watches from the back seat of a car have gone viral.

The images were shared by the City of East Liverpool, Ohio, in an effort to highlight the reality of drug addiction. The police report states that office Officer Kevin Thompson spotted 47-year-old James Lee Acord driving erratically. When pulled over, Acord's head was "bobbing back and forth,” his speech was “unintelligible.” He tried to explain to the officer that he was taking the passenger to the hospital. The passenger, 50-year-old Rhonda Pasek was already unconscious and “started turning blue.” Acord also then passed out.

All the while, a 4-year-old boy who was later identified as Pasek’s son, was watching from the back seat. 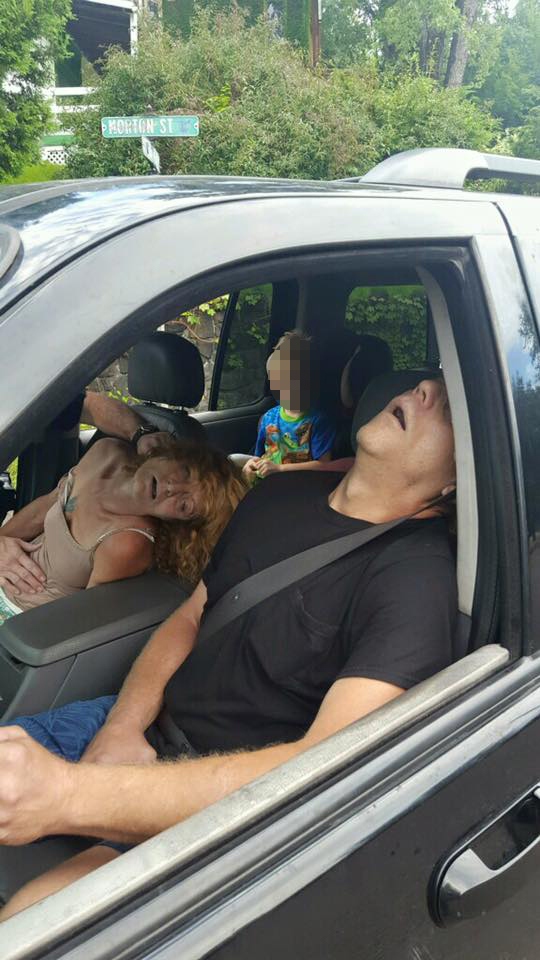 END_OF_DOCUMENT_TOKEN_TO_BE_REPLACED

Thompson called an ambulance and both adults regained consciousness.

The images are sparking much debate.

Many commenters have criticized the posters for sharing the images of the child and the family, while others believe the images need to be amplified and shared more wildly. 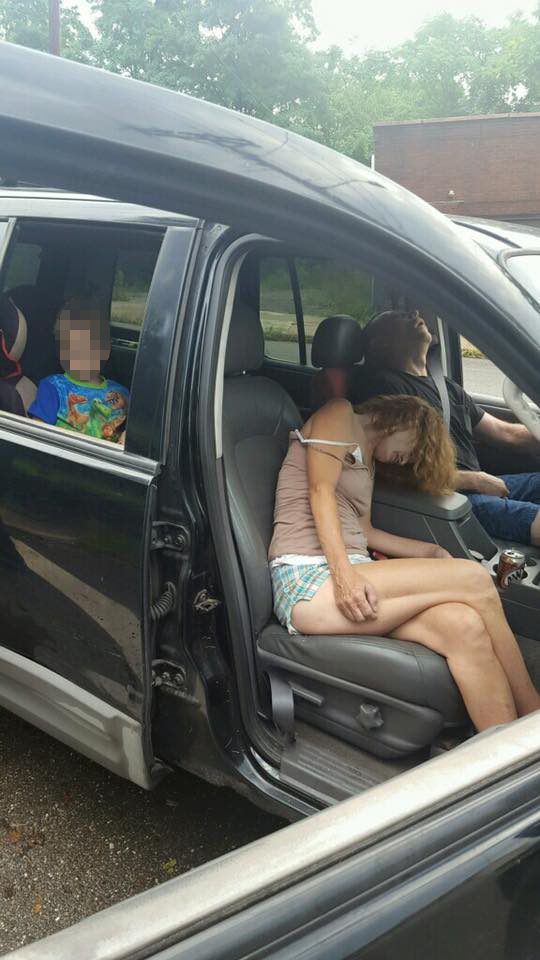 Many commenters are calling the couple scum and vile but some are quick to come to their defense.

“It is easy for some people to so boldly say things like "what worthless mistakes, why waste money and time trying to save those THINGS". I understand we all have choices, and some people make bad choices, but they are people not THINGS and they clearly need help. Addiction is a disease, at first it's a choice, a bad one, and then it chemically alters your brain and becomes the disease. It does not mean they are not human anymore, just worthless things. It's different when it's your family, your children, your parents. Would you call them things too? No person, not friends and/or family, are immune to this disease. Perhaps some time and maturity will open some people's eyes to the realities of the world. My heart breaks for them all, the little boy mostly. Bless him, in the end, I hope they can get treatment, stay clean, and reunite as a family in the future. It does not have to be like this,” writes one commenter.

One woman comments that her husband was previously a drug addict and has now made a full recovery.

“My husband is a recovering heroin addict. A police officer saved his life. He's now ministry leader helping people cope with addiction. My 4 children are grateful their dad is still alive and I'm eternally in debt to the men and women who saved my husband. He was always a good person, he just got lost after spinal surgery and too many pain pills. You want to start attacking people, start with the root of the problem. Scripts are legal poison. We are addicted because we've been fed drugs to make some rich asshole money. This is the truth. It's a sickness,” she writes.

And while there are a few more incidences of these types of stories, the majority of people commenting are demanding that help be ceased and sharing the belief that the parents in this case, should not have been given the revival drug to help them regain consciousness.

Let us know what you think.