@ my boss, plz read this

A company in New Zealand has committed to permanently changing to a four-day work week after trialling the system for two months. 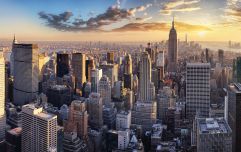 END_OF_DOCUMENT_TOKEN_TO_BE_REPLACED

Staff at Perpetual Guardian, one of those nondescript financial firms that deal in trusts, wills, estates, etc, found themselves to be more productive, have a better life balance and with lower levels of stress after working four eight hour days each week.

Shocking, shocking news. As it turns out, working LESS makes you HAPPIER and more PRODUCTIVE when you're actually there. Who would have thought?

Founder of the company, Andrew Barnes, said there was ‘no downside’ and employees - who worked 32 hours rather than the typical 40 - were paid for a full five days work.

The study was carried out by researchers at the Auckland University of Technology, the city where the company is based, found that staff were more punctual, took fewer breaks whilst their actual job performance didn't change. Staff also reportedly returned to work increasingly energised after their day off. 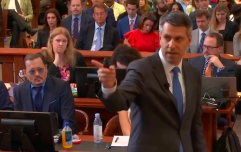 END_OF_DOCUMENT_TOKEN_TO_BE_REPLACED

Mr Barnes said of the trial: "For us, this is about our company getting improved productivity from greater workplace efficiencies… there’s no downside for us."

Staff will also be given the option to continue working a typical five day week with fewer hours which, you know, they will choose to do instead if they are clinically insane.

He came up with the idea after reading that employees were only productive for around three hours per working day, which, if we're completely honest, is fairly generous for most of us. Not me though. Definitely, definitely not me.

Which brings me to this: Lenny's motivational techniques when he inadvertently takes over the Springfield power plant in Season 8. Surely the only other way to keep workers as motivated as a four-day week.