Ben Roberts-Smith says his accusers are jealous of his medals

A former soldier who fought in Afghanistan allegedly told his squadmates, "this is what the story is" moments after he "catapulted a handcuffed prisoner over a cliff", a trial has heard. 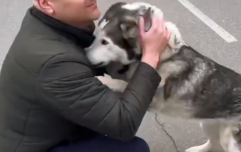 END_OF_DOCUMENT_TOKEN_TO_BE_REPLACED

On Monday, a Federal court in Sydney heard witness statements from a former SAS sergeant known only as Person Four into an incident in Afghanistan involving Ben Roberts-Smith and a local man called Ali Jan who was allegedly handcuffed and kicked off a "steep slope", Mail Online reports.

In September 2012, in the village of Darwan, Uruzgan, Person Four and Roberts-Smith, 43, were part of a squad clearing a compound when they came across Jan. 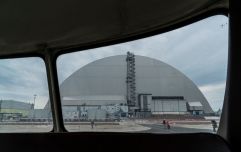 END_OF_DOCUMENT_TOKEN_TO_BE_REPLACED

Person Four said Jan was accompanied by a donkey that was carrying baskets of wood for cooking. Roberts-Smith previously testified that Jan was a Taliban spotter.

Jan was consequently searched, handcuffed, and then positioned against the wall where Roberts-Smith questioned him through an interpreter.

Person Four witnessed another soldier, referred to in court as Person 11, holding Jan by his right shoulder and with his "back towards a large drop-off." Person Four was "trying to understand what was happening" moments before Roberts-Smith "turned around, walked forward, and kicked the individual in the chest."

"The individual was catapulted backwards and fell down the slope," Person Four said. 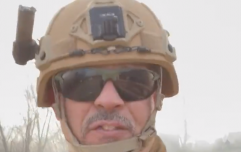 END_OF_DOCUMENT_TOKEN_TO_BE_REPLACED

The prisoner was said to have hit a large rock, sustaining "serious injury" that "knocked out a number of his teeth."

Person Four explained: "It was something I had never encountered before ... the visual effect of seeing that individual going over the side."

The Sergeant explained that the injured man "attempted to sit up and fell back down again" until he and another soldier were ordered to tie him to a large tree.

Person Four walked some distance before "shots rang out." An Icom radio was then allegedly positioned on the body whereupon photos were taken and delivered back to HQ.

"He came back into our room and said: 'This is what the story is. The story is that we engaged a spotter'," Person Four said.

Roberts-Smith, who argues his accusers are jealous of his medals, is currently suing The Age, The Sydney Morning Herald and The Canberra Times for defamation after they reported he'd committed war crimes.

The trial is continuing.