April Fools' Day - it's like Christmas for unfunny wankers.

Morrissey wrote 'That joke isn't funny anymore' back in 1985, but it stopped being remotely amusing ages before then. The annual banterfest of April 1st brings out the very worst in everyone from large corporations, to the 'zany' dickhead in the corner of the office.

END_OF_DOCUMENT_TOKEN_TO_BE_REPLACED

But it got us thinking: what hoaxes would we actually love to be true? What are the hypothetical revelations that would have us whooping for joy? We tore down the 'You don't have to be made to work here...but it helps!' poster from the wall and got thinking...

1) Donald Trump was taking the piss

Just when you thought the living, breathing embodiment of Biff Tannen was on the verge of taking office as Leader of the Free World, you realise it was just pure larks. Of course Trump is still a ferociously ambitious business tycoon with a flattened gerbil for a hairpiece, but he doesn't hate Muslims, black people or wombs.

It's not just bordering on satire, it bloody is. You didn't seriously think a club of Manchester United's standing and reputation would put more focus on profit margins than Premier League points, did you? And all those weekly sponsorship deals with noodle companies and toothpick manufacturers - it was all for lols.

3) Kanye was trolling us all along 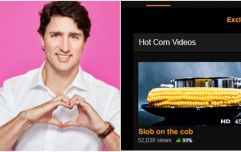 END_OF_DOCUMENT_TOKEN_TO_BE_REPLACED

Don't you worry your pretty little hip-hop heads, Kanye West remains a musical genius with all his faculties very much intact. The daft catwalk gear that looks like rejected garb from Mugatu's Derelicte range, and those ridiculous and embarrassing Twitter rants are null and void. It was just an artistic comment on modern celebrity. Very clever.

Artificial clouds? Human rights abuses? Stadiums designed like female anatomy? Domestic leagues completely disrupted with a mid-season international tournament? Of course not! The very idea of a Crimbo World Cup in Qatar was ludicrous, and shame on us all for falling for such a blatant lie. You got us FIFA, you got us goood...

Warning: If you haven't seen Star Wars: The Forces Awakens yet, spoiler(not-spoiler) to come...

Dry those eyes mate, because our favourite space pirate is very much alive and well, and no doubt shooting first in some intergalactic drinking hole. We were all distraught to see Han Solo meet his end in the Force Awakens but no body means no death in Hollywood and it turns out Kylo's old man found a very soft landing in the abyss. Roll on Episode VIII!

Seen a terrible April Fools attempt this year? Or been the victim of a good one? Send it to [email protected] or message us on Facebook.

popular
Chelsea forced to change Stamford Bridge changing room after Liverpool complaint
Pierce Brosnan has the perfect response to trolls who attack wife's weight
Evan Rachel Wood claims Marilyn Manson ‘essentially raped her’ in music video
Katie Price could be jailed for five years after arrest on Friday
Woman stabbed to death before knifeman run over and killed as driver ‘tries to save her’
Hero Jordan Henderson tries to prevent Liverpool fan from taking shirt off child
TikTok star Jack Wright accuses Sienna Mae of sexual assault
You may also like
Entertainment
WATCH: The Rick & Morty April Fools' Day mini-episode is absolutely disturbing
News
You can now 'get your face on a Big Mac' at McDonald's
Entertainment
Stormzy admits that he fell for BBC Three's David Attenborough April Fool
Entertainment
There's a weird new show on your Netflix feed today
Sport
Gary Lineker shuts down his son's trolling ahead of El Clásico
Next Page