15 brilliant women we wish we were mates with

END_OF_DOCUMENT_TOKEN_TO_BE_REPLACED

The fact that the whole male-female thing is completely tangled up in whether or not you want to fuck someone is a bit of a pity. As is the fact that saying that will inevitably lead to calls of 'GAAAAYYY!!!'

This is, quite honestly, just a list of famous women who seem really cool and we'd quite like to hang out with. Fancying someone is fine, but that's not what this is about. So put your dick away and read on...

The star of Up In The Air, Scott Pilgrim Vs The World and 50/50 has always come across as witty and smart in her films, with a deadpan persona and plenty of heart (she's also hilarious on Twitter). But she was fucking ace in Pitch Perfect: both very funny and capable of impressive shit like this... 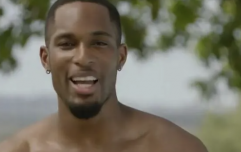 END_OF_DOCUMENT_TOKEN_TO_BE_REPLACED

If you don't know Jessica Williams, she's a cool-as-fuck correspondent on The Daily Show, who manages to combine humour and deadly serious points perfectly. She just seems like an intelligent, funny, strong-minded person who knows exactly who she is, and that's always attractive in anyone.

END_OF_DOCUMENT_TOKEN_TO_BE_REPLACED

We defy you to find any fucker who doesn't love Julie Walters. Not only does she have incredible range to her acting, able to transmit slapstick humour and heartfelt pathos at the drop of a hat, but she comes across as such a warm and lovely person off-screen too.

Maxine Peake is just perfect. The type of celebrity who is loved and admired for all the right reasons. Whether it's combining mainstream projects with smaller, critically-acclaimed roles, or standing up for causes that matter to her, she's just absolutely bob on in every respect.

If you don't follow Krystal Smith aka Krissychula on YouTube or Twitter, stop everything and do so now. She's achingly funny and endlessly creative with her tweets and videos, putting the world to rights and airing her grievances in the most succinct and emphatic way...

We always admired Ellen Page for her indie acting choices and critically-acclaimed performances, including Juno, Hard Candy and the very darkly comic Super, but she really went up in our estimations when she came out so bravely in the moving speech below. She's great.

It is most definitely cheating to put these two together. Both are achingly talented and make a mockery of the suggestion that women can't be funny - especially when they're together. 3o Rock and Parks And Recreation are two of our favourite shows, but they absolutely killed it with the Golden Globes...

We appreciate that Philomena Cunk isn't actually a real person, but rather the creation of comedian Diane Morgan, but we'd still quite like to hang out with her. Even since she started to appear on Charlie Brooker's Screenwipe, we've been massive fans and she's defo on the verge of greatness.

One of the highlights of the recent reprisal of the Stars Wars franchise has been the re-emergence on the chat show circuit of Carrie Fisher. We may have admired her for years for her performances as Princess Leia, but she's even better in real life. Always dead honest, funny and self-deprecating...

She probably won't appreciate being described in such terms, but Car0line Aherne is probably a national institution at this point. She's been one of the country's most talented comedy writers and performers for over two decades now, and still comes across as an unaffected Mancunian scamp.

From a northern legend to a southern one. Kathy Burke always seems like a top laugh and dead normal person who just happens to be one of the most talented comic (and serious) actors of her generation. From her piss funny interviews to her superb Twitter account, you wouldn't know she's showbiz royalty.

Full disclosure, I'm probably the only saddo in the JOE offices who hasn't seen Game Of Thrones, so I don't know how good they are at their day jobs, but in nearly everyone interview and snippet you see of either Clarke or Williams, they just seem really nice and very un-dickhead-like for big stars...

Last but not least, it's the First Lady (for a few more months at least). Being the partner of the leader of the free world can't be easy, but somehow Michelle Obama has managed to remain grounded, compassionate and very cool throughout. You get the sense she'll come into her own once Barack steps down...

Who are the great women you just want to hang out and go for a beewith? Let us know: [email protected], or message us on Facebook.