Us Brits love a cup of coffee.

Up to 70 million mugs of the stuff are swigged on these shores in a single day, and now the best time to enjoy your morning brew has been revealed. 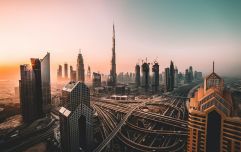 END_OF_DOCUMENT_TOKEN_TO_BE_REPLACED

When the team behind the Gastropod podcast set out on a mission to find a 'Breakfast of Champions', they discovered the perfect time to for a morning cup of coffee.

Steven Miller, an expert in chronopharmacology (a posh way if saying 'how the brain responds to drugs') claims that people working a regular 9-5 should resist the temptation for a caffeine hit as soon as they wake.

According to him, the body's level of cortisol - the hormone which controls stress levels and blood sugar levels - peaks from 8am-9am, meaning it doesn't need a caffeine boost before then.

Instead, he claims that postponing until 9.30am is better for the body. According to Miller, waiting until then won't lead to "desensitisation" - where the body needs more of a drug to feel the same effect.