Where's the most expensive place to rent? Whatever your answer was, you're probably wrong

The folks at Good Migrations have put together some interesting factoids based off the Mercer 2017 cost of living rankings, and one of those is the five most expensive places in the world to rent, and the number one spot is somewhere we never in a million years would have guessed.

END_OF_DOCUMENT_TOKEN_TO_BE_REPLACED

All of the information is given in dollars, but we'll do the currency exchange for some of them just to give you a general idea.

But now, on to what you're all here for, those precious rent prices.

We had some guesses that ended up in the top 5, but we never in a million years would have guessed the top spot.

Here are the five most expensive places to rent for a month, on average:

END_OF_DOCUMENT_TOKEN_TO_BE_REPLACED 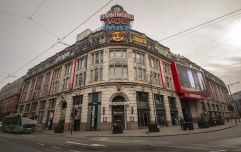 END_OF_DOCUMENT_TOKEN_TO_BE_REPLACED

Despite the fact that Angola's GDP per head is just $7,700, the cost to live specifically in Luanda has sky-rocketed. This is due to the massive reserve of oil discovered there - Angola is now the second biggest producer and exporter of oil in Africa, after Nigeria - and a limited number of luxury accommodation for those in the oil industry means that the average cost of housing, as well as the general cost of living, has multiplied numerous times over in the past few years.

And on the other end, here are the five cheapest places to rent per month in the world:

popular
Robinho to begin prison sentence after rape conviction appeal is rejected
Man kept as slave in shed for 40 years on Wales caravan park
Barcelona willing to pay £45m for Brazilian 15-year-old
British Airways cancels flights to US after 5G concerns
A definitive ranking of every swear word from worst to best
'My cat is so huge everyone thinks he's a dog - and he's still growing'
Marvel actor Gaspard Ulliel passes away aged 37 in ski accident
You may also like
Sport
UFC London: How to get tickets for UFC Fight Night
News
Army deployed to London hospitals as PM warned he can no longer 'dismiss' NHS staffing warnings
News
London New Year's Eve fireworks will go ahead
News
Wildlife returns to the Thames 60 years after it was declared biologically dead
News
Rape suspect, 13, bitten by dog after owner stops attack in a park
Next Page