Drivers could face toll charges as the Conservatives debate implementing a new 'pay as you drive' system.

END_OF_DOCUMENT_TOKEN_TO_BE_REPLACED

According to multiple outlets, the toll scheme - which has previously been backed by Rishi Sunak - is now back on the agenda some 15 years after it was met with widespread opposition.

While neither the Department for Transport or the Treasury has officially commented on the proposals yet, the prospective change is being posited as a way in to make up the £40 billion-a-year tax/fuel duty deficit left by the gradual switch to zero‑emissions ‘green’ vehicles.

Prime Minister Boris Johnson announced last year a ban on new petrol and diesel cars from 2030 and new 'green' petrol has already been implemented in pumps around the UK.

This is all geared towards the goal of a 78% reduction in emissions, the deadline for which is 2035.

Nevertheless, it seems the financial implications of these environmentally conscious decisions could have a huge impact on both the UK government and, first and foremost, the British public.

At present, the only close approximation is the M6 toll, where regular drivers pay £7 and HGVs £ 12.60.

Though it isn't entirely clear what it will look like at this point, the comparisons to the congestion charge in London are there and last year AA president, Edmund King, explained how it would work to The Guardian 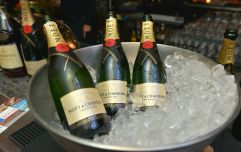 END_OF_DOCUMENT_TOKEN_TO_BE_REPLACED

Backing the scheme, King said that a "road miles" system could see drivers "have the first 3,000 miles free, after which they would have to pay per journey", adding that "those in rural areas would get an extra 1,000 miles free."

It is not yet clear when the tolls would come in if green-lit but, as recently as August, Tony Blair's Institute for Global Change published a report which also called for road pricing, or some version of 'pay as you drive', to be introduced.