Your dreams mean something...

Everyone that has had a sex dream will have woken up and faced that brief moment of blind panic as you try to separate your dreams from reality.

Straight men can have sex without it being gay, says sex therapist

END_OF_DOCUMENT_TOKEN_TO_BE_REPLACED

Don't worry, as soon as you regain full control of your mind you'll realise that you haven't scored your boss, gone back to that ex who you're glad to see the back of, or cheated on your partner. It was all but a dream.

But dreams can manifest confusion in your mind as you begin to question what said dream meant and does it have a deeper meaning?

“All dreams, even sex dreams, can be easily connected to things going on in your life,” says Ian Wallace, a dream psychologist, and author of The Top 100 Dreams: The Dreams That We All Have and What They Really Mean. “And every character in your dream represents a small snippet of your own personality.”

So even though your raunchy dreams may involve you getting jiggy with someone you don't expect, it often doesn't mean you find the person in your dream attractive or wish to turn a dream into a reality. It can mean that you admire a trait that person possesses that you yourself, have not yet developed.

“Showing off your talents and traits requires that you open up and become vulnerable and exposed,” says Wallace, "and as sex is a similar act, your subconscious links the two while you're getting some much needed shut eye.

These are what some of the most common dreams actually mean:

Sex with your boss 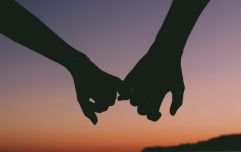 END_OF_DOCUMENT_TOKEN_TO_BE_REPLACED

No this doesn't mean you have the hots for your boss, even though according to Wallace, it's one of the most universal dreams.

“Sure, you may be sexually attracted to your boss,” says Wallace. “But if you’re having sex with him/her in a dream, your subconscious is probably becoming aware of your own ability to make decisions and act as a leader.”

Maybe it's time to discuss your role and finally get that promotion you've been eyeing up for the last two years.

Yep, in your dreams you went there and ended that lovely friendship you'd struck up. There's no going back now, you're just gonna have to marry them altogether.

But in reality, it's all good. According to Wallace, your friend is in your dreams because they have a trait you admire and see in yourself.

It doesn't mean you subsciously want to have a gander in the sheets with them.

OK, this is one you should be worried about according to Wallace.

If you're dreaming of an ex, it could mean that you’re unknowingly repeating bad habits from your failed relationship.

Wallace even says that having a sex dream involving a family member is normal... whatever you say Wallace.

He says it all comes down to a person's character, and once again if you see a trait in them that you admire, your subconscious may give you a nasty surprise by planting them in your sleeping brain next time you close your eyes.

popular
The JOE Friday Pub Quiz: Week 243
PM confirms restrictions will ease next week but warns of potential June disruption
Train company apologises after conductor said 'good afternoon ladies and gentlemen'
Madeleine McCann detectives ‘given dramatic new evidence against prime suspect’
Ant Middleton leaving the UK for Australia because it’s 'too pretentious'
Every Brit 'needs to drink 124 pints' to save the nation's pubs after lockdown
A New York Times quiz can determine where in the UK you come from
You may also like
Health
Men with large noses tend to have bigger penises, study reveals
Social Media
Doctor reveals how long sex lasts on average
News
Only half of young people say they are exclusively attracted to the opposite sex
News
Casual sex likely to stay banned until May under Covid roadmap
Life
The amount of men under 30 not having sex has nearly tripled in the past decade
Next Page