British tourists are destroying stereotypes about Germans and sun loungers

The idea of Germans reserving sun loungers with beach towels is one of the most commonly-repeated holiday cliches.

But it seems as though the stereotype is doing a disservice to the countless Brits who - according to a new survey - are even more likely to carry out the practice. 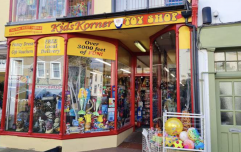 END_OF_DOCUMENT_TOKEN_TO_BE_REPLACED

11 per cent of British tourists are prone to the oldest of reservation techniques, compared to just 8% of their German counterparts, according to research conducted by Travel Supermarket and published in the Daily Telegraph.

What next? British trains running on time? Currywurst on every street corner? England, Wales and Northern Ireland dominating Euro 2016?

Ok, maybe we need to take it one step at a time.