How the author and publisher actually allowed this to make the final cut, we have no idea.

If you’re a bookworm, you may well be aware of the Bad Sex in Fiction awards, hosted on an annual basis by the Literary Review. 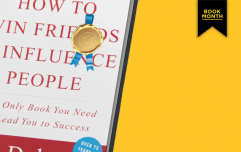 END_OF_DOCUMENT_TOKEN_TO_BE_REPLACED

The title of the awards barely require much explanation; suffice to say, they do exactly what they say on the tin.

The winner of this year’s award, according to The Guardian, was American author Christopher Bollen, whose thriller, The Destroyers, includes a sex scene on an exotic island between the chief character in the novel and a former flame.

Sex scenes in print require a lot more explanation and detail than they do on camera, of course, but this particular passage would even look out of place in 50 Shades of Grey.

“She covers her breasts with her swimsuit,” it reads.

“The rest of her remains so delectably exposed. The skin along her arms and shoulders are different shades of tan like water stains in a bathtub. Her face and vagina are competing for my attention, so I glance down at the billiard rack of my penis and testicles.”

Christopher Bollen has won the @Lit_Review’s annual Bad Sex in Fiction Award for the following passage from his book "The Destroyers": https://t.co/PKe9GxC2yh pic.twitter.com/MsQHrNE390 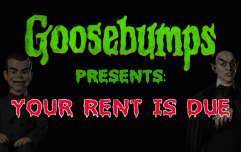 Goosebumps books, except they tackle the horrifying stress of being an adult

END_OF_DOCUMENT_TOKEN_TO_BE_REPLACED

Commenting on the decision to give Bollen the award, the Literary Review said: “The judges felt that there are parts in the book where Bollen goes overboard in his attempts to describe the familiar in new terms, leading occasionally to confusion. In the line quoted… they were left unsure as to how many testicles the character in question has.”

Bollen had his work cut out in claiming the award in the first place, such was the level of competition for the not-so-prestigious gong.

Amongst the contenders, for example, was this, from The Seventh Function of Language by Laurent Binet.

“Bianca grabs Simon’s dick, which is hot and hard as if it’s just come out of a steel forge, and connects it to her mouth-machine.”

If you can bear them, you can read more examples of bad sex in fiction on the Literary Review Twitter account.