"Everything will melt away like ice yet the glory of Vladimir, the glory of Russia, are the only things that will remain."

The psychic who famously 'foresaw' a number of major events of the 20th and early 21st century made a chilling prediction about World War Three prior to her death. 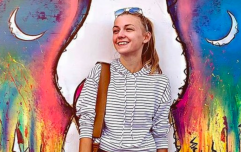 END_OF_DOCUMENT_TOKEN_TO_BE_REPLACED

Despite having died in 1996, her adherents believe she predicted a number of events, including 9/11, Brexit and the rise of ISIS.

And with tensions between Russia and the West on the rise amid the Syria conflict, her view of who will come to 'dominate the world' is sure to raise a few eyebrows.

Speaking of the next world war, it is believed she said: "Everything will melt away like ice yet the glory of Vladimir, the glory of Russia, are the only things that will remain.

"Russia will not only survive, it will dominate the world."

In 1989, she reportedly also warned: "Horror, horror! The American brethren will fall after being attacked by the steel birds. The wolves will be howling in a bush, and innocent blood will be gushing."

Baba is thought to have made hundreds of predictions about the future of humanity from her home in Petrich, Bulgaria, with an over 80 percent accuracy rate.

She died in 1996 aged 85 and was known as the 'Nostradamus from the Balkans'.

popular
Cops ignored call-outs to have sex in their police car while on duty
UK company adopts four-day work week so employees can focus on themselves
Mum takes over school board meeting with bizarre anal sex rant
Jeremy Clarkson 'worried' about Kaleb Cooper's future
'My parents secretly did a DNA test on my baby because they didn't trust my wife'
Emmy Awards hit with criticism after all major acting awards go to white actors
Gabby Petito cops remove Brian Laundrie's parents' from home - declare it a 'crime scene'
You may also like
Life
Unvaccinated TikToker begs people to get the vaccine in final video before she died
Life
The Queen supports Black Lives Matter, Royal aide confirms
Entertainment
Gogglebox star Pete Sandiford secretly marries girlfriend Paige Yeomans
Life
There's a festival for bald people taking place next week
Life
24-year-old has 22 children and wants to have even more
Next Page