We're not sure why it was there to begin with.

You might remember this announcement about the introduction of a series of new emojis, but it's soon to be one fewer for all of us. 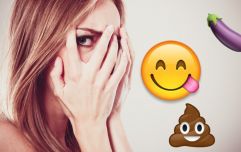 Women simply don't like it when you send them these emojis

END_OF_DOCUMENT_TOKEN_TO_BE_REPLACED

While losing an emoji might seem like a bad thing (for instance, you never know when you're going to need to actually send someone a picture of an aubergine) but this one actually makes sense.

Unicode, otherwise known as the emoji Gods, have announced that they have banned the rifle emoji.

The rifle had originally been given the go ahead but the decision was reversed at a quarterly meeting held in May. 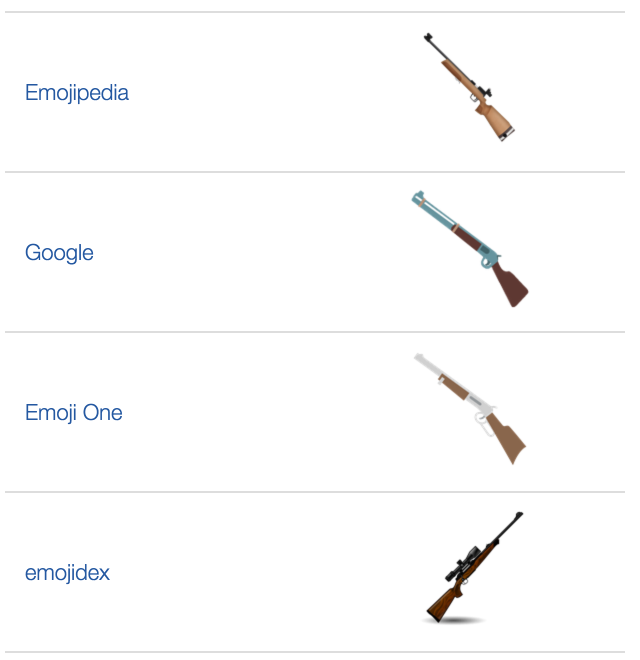 According to Buzzfeed, the ban was influenced by Apple, one of Unicode's largest companies, whose members have voting privileges.

Apple executives reportedly initiated the debate and said that the rifle emoji would not be supported on its platforms. Neither Apple nor Unicode has elaborated on the reasons why the emoji was taken off the list, but we can imagine it has something to do with recent events in the US.

That being said, the pistol/handgun emoji remains and nothing has been said on that matter by either organisation as of yet.

popular
Pizza Hut customer outraged over 'sexual' ketchup label that reads 'shake, squeeze and squirt'
How did Brian Laundrie’s parents find his remains in a few hours?
The JOE Friday Pub Quiz: Week 266
St James' Park to get new name under Newcastle new owners
Taliban 'behead junior volleyball player and post photos of her head on social media', report says
Liverpool to hold AFCON talks in attempt to reduce player absences
Alec Baldwin asked 'why was I handed a loaded gun?' after fatal on-set shooting
You may also like
Social Media
Pregnant man emoji confirmed as new update finalised
Social Media
Pregnant man and multiracial handshake among new emoijs coming this year
Sport
Fortnite players think they have discovered a new addition that is basically Conor McGregor
Tech
Here are the 69 new emojis that will be available to iPhone users very soon
Tech
PIC: WhatsApp has unveiled its own brand new set of emojis
Next Page