Alright, the weather hasn't been the best in Britain right now.

It's been less about drinking in the park and having barbecues in the back garden than hiding indoors and legging it from building to building trying to avoid a soaking. 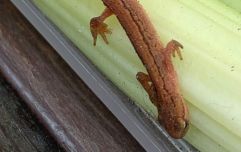 END_OF_DOCUMENT_TOKEN_TO_BE_REPLACED

But the school holidays have only just begun, meaning we've got at least another six weeks of summer, and in what must be a total coincidence, Aldi have released a range of outdoor activities for kids.

There's various inflatable balls, some mini-paddling pools, kites, giant Snakes and Ladders - you get the kind of thing.

But one item stands out as being particularly awesome: a slip 'n' slide.

Now yes, this is intended for children, but why should children have all the fun?

It costs £12.99, and at that price you could buy two, stick them together and make an extra long waterslide. You could also buy a length of tarp and a hose and create something similar, but hey, that's up to you.

Aldi also has a jumbo paddling pool on sale for £9.99. If your idea of a good summer is sitting in a pool of water, drinking beer and falling asleep, then you might be interested in this. Imagine a combination of the two, though.

popular
Grimes says baby X Æ A-XII calls her by first name as she doesn't identify with 'mum'
The JOE Friday Pub Quiz: Week 261
Shipwrecked mum found dead saved her children by breastfeeding them at sea
'Gleeking' is the 'disgusting' bodily function that most people don't know they can do
Man has hand ‘chopped off at the wrist in London after vigilantes corner him’
Megan Fox says she wore her 'naked' VMAs dress because Machine Gun Kelly told her to
Missing Instagrammer Gabby Petito's last text suggests 'she may have been 800 miles from last sighting'
You may also like
News
Mum says speed of 'aggressive' Aldi cashier left her 'crying and shaking'
Food
Guy finds Aldi version of Hula Hoops in branded multipack
News
Aldi's £40 BBQ pizza oven is back just in time for summer
Comedy
Aldi take stand on 'caterpillar cruelty' with limited edition charity Cuthbert cake
News
Lidl weigh in on the Aldi and M&S beef over Colin the Caterpillar
Next Page