I bet this would look really good on your Corsa

Afzal Kahn, who is the owner of Kahn Design (a car modification company), has put a license plate up for sale believed to be the most expensive in the world.

The plate is currently listed on the aptly named Plates4Less site for the very reasonable price of £12,250,270.83. Don't worry though, if that sounds a bit cheap for you, a bit too low an asking price, then rest assured that with VAT and government taxes the total cost will come to £14,700,405.

That's more like it isn't it? Now that's premium. Now that's the authentic, luxury, executive nonsense that every faux-CEO wannabe out holidaying in Dubai so craves.

The plate reads 'F1'. You know, like the cars. Like the fast cars. The fast cars that are very expensive and they go fast.

You can see why the plate is so valuable, can't you? 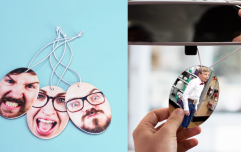 END_OF_DOCUMENT_TOKEN_TO_BE_REPLACED

Anyway, Kahn made the decision to buy the number plate from Essex Council all the way back in 2008. They had reportedly owned the plate for 104 years before they accepted Kahn's offer of £375,000, a price which will be dwarfed if there is actually anyone out there mental enough to spend the cost of building a small hospital on a meaningless number that goes on your car.

As you can see, the plate is currently takes pride of place on Kahn's Bugatti Veyron, and he even rejected an offer £6 million for it in 2014.

If 'F1' isn't doing much for you, then you'll be pleased to hear that the entrepreneur has other desirable plates for sale, including 'F00 71E', which is presumably meant to look like footy, because football, everyone likes football, and the inevitable '1 CEO', that will only set you back a relatively cheap £540,000.

If you want to absolutely guarantee your car gets keyed at every opportunity, and chuck hundreds of thousands of pounds down the drain for no reason whilst you're at it, well, I can't think of many more effective ways.

popular
Furious Romelu Lukaku held back after clashing with Zlatan Ibrahimovic
A definitive ranking of every swear word from worst to best
Odion Ighalo bids emotional farewell to Manchester United
Frank Lampard 'went months' without talking to players at Chelsea
The definitive ranking all 151 original Pokémon from worst to best
QUIZ: Identify which of these 50 players played with Cristiano Ronaldo
McGregor admits shout from Dustin Poirier's corner got inside his head
You may also like
Quiz
QUIZ: Can you guess the meanings of all these dash symbols from your car?
Entertainment
The Top Gear guide to Lancashire Slang with Paddy McGuinness, Freddie Flintoff and Chris Harris
News
All new cars to be fitted with speed-limiting technology under EU plans
Life
Bank holiday traffic was so bad that people started playing Twister
Entertainment
Elon Musk's April Fools' joke backfired and cost him a lot of money
Next Page