Every now and again a story comes along that immediately brings a smile to your face. This is one of those stories. 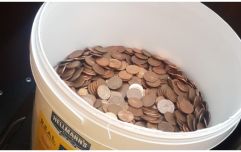 END_OF_DOCUMENT_TOKEN_TO_BE_REPLACED

On Thursday's episode of Liveline on Ireland's RTÉ, 82-year-old Eileen Macken spoke about her recent trip to Scotland to meet her 104-year-old mother, and it really was great.

Eileen Macken was given up for adoption when she was a baby and has never seen her mother since then.

Ms Macken said she travelled to her mother's home in Scotland and knocked on the door, to meet a man who turned out to be her half-brother.

She said: "I told him I was from Ireland and that I had found my mum here and could we come in to see her, and he said 'certainly'".

She also said that she had a "great chat" with her mother during her three-day trip to Scotland.

"She was thrilled and she never let go of my hand."

She also said that she was so happy since meeting her mother that she has been slacking on the housework.

"I don't think I'll ever come down off that cloud", she said.

This is Eileen Macken who is 82 who has just met her mother Elizabeth who will be 104 this Saturday after over 60 years searching @joeliveline #liveline pic.twitter.com/n6ghSdwDnh

You can listen to Ms Macken's story in full on Liveline here.