I live with Obsessive Compulsive Disorder, and trust me, it's no joke 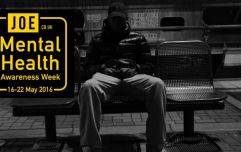 END_OF_DOCUMENT_TOKEN_TO_BE_REPLACED

I can say this with confidence because, at the age of 19, I backpacked around Australia, happily sharing my cooking spaces with inquisitive cockroaches and relying on wild guesses that the raw chicken breast in the communal fridge belonged to me and hadn't been sitting there for weeks on end. I don't remember much bothering me Down Under. I was a free man in those heady days. Do first, worry later.

But that changed. Some way into my university years I began to have intrusive and irritatingly attention-consuming thoughts every day. People typically associate OCD with over-the-top hygiene, and that was definitely an issue for me. For a start, I was starting to burn through soap faster than a cash-strapped student who prefers to spend their money on beer probably should. 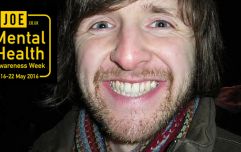 What my brother's suicide has taught me about mental health

END_OF_DOCUMENT_TOKEN_TO_BE_REPLACED

I was paying far too much attention to sell-by dates. I was beginning to obey strange rituals as if they were law, too: always choosing things on the right-hand side, or the third item from the front in the supermarket. I felt compelled to turn the TV on and off three times before leaving my bedroom, and on the days where I rebelled it would be on my mind for hours. Munching away.

Thousands of people have habits such as these, but they're able to filter them through their brains without them causing too much stress. However, the other obsessive behaviours that began to creep into my everyday life were increasingly bizarre and much more debilitating.

I found it difficult to walk past somebody on the street without immediately looking back to check I hadn't accidentally assaulted them. Often I found myself turning back to walk to and from the same spot repeatedly to check nothing bad had happened. As you can probably imagine, my girlfriend at the time quickly got tired of suddenly having to either pause our conversations, or continue them with herself. 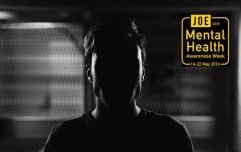 Here's when I reached rock bottom, and how I got back up

END_OF_DOCUMENT_TOKEN_TO_BE_REPLACED

I convinced myself that even the slightest sensation on the bottom of my foot meant that I'd trodden directly on a disease-ridden needle, and became accustomed to taking off my shoe in public to check. I would neglect food because I hadn't been able to check that nobody had seasoned it with deadly poison, which even to someone who spends a lot of time watching TV and playing video games, is not a thought that a man in his early 20s - who isn't to his knowledge on the hit list of any assassins - should consider plausible.

This might sound comical to you. To be honest, it sounds comical to me, but that doesn't stop any of it happening. Ignoring the long list of exhausting compulsions accumulating in my head, even though I was well aware of how stupid they were, made it virtually impossible to concentrate on anything else.

Checking, checking, checking. I'd later realise that this was at the core of OCD, and what takes it beyond a label given to people who have a specific way of ordering items on their desk.

OCD is an anxiety disorder made up of obsessions - an unwelcome thought, image or doubt -  and compulsions, repetitive actions that you feel you absolutely have to carry out to avoid negative consequences. Your brain dupes you into thinking that satisfying the compulsions is the trick to getting on with your day, but in reality they just reinforce your obsessive behaviour. OCD sufferers are unable to dismiss their invasive thoughts without acting on them, and in doing so they become caught in a relentless chain.

Since going to see a Cognitive Behavioural Therapist (more on this later) I've acknowledged that it has become far too prominent in my life, but the anxiety it causes me eases with time. Some people are literally 24-hour-a-day captives of their incessant checking. If I'm brutally honest, I probably still haven't tackled this aspect of my mental health as directly as I need to. I'm hyper-sensitive to absolutely everything and on a really bad day my compulsions send me into meltdown.

This isn't one of those "I got out of it, you can too" kind of articles. But I do think OCD and its consequences need to be looked at more seriously, so I thought I'd impart what little wisdom I have onto you.

1. Language and misconceptions continue to be a big problem.

It's pretty clear that OCD can be a serious mental health condition, but that doesn't stop popular culture from flinging around the above sentence like it's just harmless fun. Using the term "OCD" so flippantly only adds to the stigma surrounding it and makes it more difficult for people to talk openly about their behaviour. Calling someone OCD because they get wound up about a tiny smudge on their car window just trivialises the condition.

2. If you find yourself having distracting or disturbing thoughts more than occasionally, you shouldn't ignore it.

Like with any mental health problem, bottling everything up will only allow it to fester and consume you. Once you start talking about it with someone, it stops you feeling so trapped in your own mind. Everything I've read about OCD instructs that you need to face it head-on, which brings us nicely on to...

CBT is a talking therapy that works on the premise that changing your behaviours and how you respond to certain thoughts can help you overcome your problems. It's often used to treat people with anxiety, eating disorders, phobias and OCD. I had a brief spell of CBT myself, and was told that if I was going to overcome my compulsions then I had to learn to resist them. CBT assumes that your thoughts, feelings, physical sensations and actions are interconnected, and it focuses on positivity. Now, we know what you're probably thinking...

But even though I abandoned the therapy way sooner than I should have - mostly because of boring job stuff - I felt like it had some real substance if given the time.

4. You should look into mindfulness.

Mindfulness is a form of meditation that has its origins in Buddhism. It encourages a mental state whereby the participant focuses on the present moment, accepting all the thoughts, feelings and bodily sensations they have at that time. That is basically the opposite of OCD, which has you endlessly panicking about what ifs, the past and the future. The Guardian recently called out to those with mental health problems who practice mindfulness to help them cope in day-to-day life, and while it doesn't work for everyone, some said they find it more effective than prescription drugs. You can read all about the technique here.

5. Friends and family will always have your back.

No matter how screwed up your head is, there's always someone there to keep you in check. Although overcoming any mental health problem will have to come from within, having someone by your side will only make it easier. OCD thoughts can be alarming and not always something you want to broadcast to your entire friendship group, but finding at least one person to confide in will always help.

6. However weird you think your thoughts are, you can pretty much guarantee that someone else has had a weirder one.

When it comes to medical problems, Google searches are usually a big fat no-no; knowing too much only freaks you out. But with something like OCD, which probably isn't talked about publicly in the same way other mental issues are, it can actually help to look through forums and see that there plenty of people with thought patterns and compulsions just as random and absurd as your own. Be reassured that you're not in this thing solo, however unsettling your OCD is.

I'm walking, talking evidence of this. I'll hold my hands up and say that I haven't addressed my OCD with the commitment it probably requires. I'm lucky enough to still lead a happy enough life, but I'm burdened by intrusive thoughts every day and sometimes they really mess with my productivity. Regardless of whether someone chooses to see a therapist, or deals with the problem in their own way, it will take more than a click of the fingers. Set yourself clear goals, however, and you'll make progress faster than you might think.

8. Your mental health and wellbeing is ridiculously important.

Society is becoming far more sensitive and open-minded in its attitude to mental health problems, which is good news, because people in all walks of life are fighting some serious battles in their heads. The general misuse of the term OCD is part of the reason I took so long to treat mine seriously. A lot of people still see it as a harmless personality quirk; a piss-take for anyone a bit too keen on colour-coordination. I don't pretend to be any sort of expert, but if anything in this article rings a bell with you, then don't brush it to one side.

By all means keep colour-coordinating your socks, though. Ain't nothing wrong with that.

If you want to let us know about your own story, we'd love you to share it with us at [email protected], or message us on Facebook.

popular
UK city named the 'most dangerous' in Europe, according to study
Mum cuts off boyfriend's 'private parts' after he 'tried to rape 14-year-old daughter'
Incredible case of the only known individual whose parents were two different species
Rachel Bilson says Bill Hader's 'big d***' is the thing she misses most about him
Young rock climber who plunged 24m off cliff left with $1.2m hospital bill
Time traveller’ claims to know exact date Queen will die
Beer drinkers given four month warning as price of pints set to soar
You may also like
Fitness & Health
JOE talks to CALM about what to do if you know someone who is depressed
Life
The 9 stages of addiction, as explained by an addict
Fitness & Health
This is how to know if you're suffering from an anxiety disorder
Life
Bulgarian mystic who correctly predicted Princess Diana’s death and 9/11 sees 2022 prophecy come true
Life
Man who illegally built Britain's best man cave jailed for refusing to tear it down
Next Page