87-year-old Margaret Smith has now been missing for 48 hours. She was last seen at her home in the Lincoln House care home, in Swanton Morely, after 9.30 pm on Sunday, June 13.

END_OF_DOCUMENT_TOKEN_TO_BE_REPLACED

She was last seen at her home at the Lincoln House care home in Dereham Road, Swanton Morley, shortly after 9.30 pm on Sunday, June 13.

Police described Mrs Smith as white, 5ft 4in and of slim build with short grey hair and glasses. She was last seen wearing light blue trousers, a floral blouse and a navy cardigan.

END_OF_DOCUMENT_TOKEN_TO_BE_REPLACED

The community response has reportedly been incredible, with vast numbers of residents joining the search for Mrs Smith.

Council chairman Roger Atterwill had the following to say:

"We have now stopped the volunteer search in Swanton Morley because the light has faded and we have to think about the safety of the volunteers.

"We had over 300 volunteers come to the village hall from Swanton Morley, members of 1st Queen's Dragoon Guards, surrounding villages and Dereham. I am humbled and deeply grateful to every one of you. 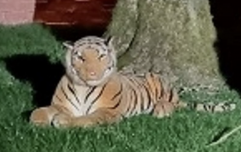 END_OF_DOCUMENT_TOKEN_TO_BE_REPLACED

"Volunteers have this evening covered a large area from Hoe to Neatherd Moor to Bawdeswell Heath to Mowles Road. The police are carrying out more detailed searches using drones and utilising a specialist lowland rescue team.

If anyone has seen Margaret or has information regarding her whereabouts, then please contact Norfolk police with incident number 535, from June 13 2021.