One of the only female CEOs in football speaks out

JOE spoke to Carolyn Radford, CEO of Mansfield Town, about her efforts to turn the once-struggling club's fortunes around

As one of the few women in senior leadership positions in football, Carolyn Radford had her work cut out when she took over as CEO of Mansfield Town in 2011. 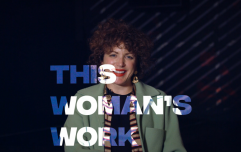 END_OF_DOCUMENT_TOKEN_TO_BE_REPLACED

The club had been facing financial collapse, but in the years since Radford was appointed, the Stags have flourished.

In order to bring Mansfield back from a precarious position in the fifth tier of English football to chasing promotion in League Two, Radford had to first overcome some of the many hurdles that come with being a woman in such a male-dominated industry.

“My education was great. My CV was pretty good, but because I had blonde hair, do look quite young, all these things just were pitted against me," Radford told JOE in a piece for International Women's Day.

'I was basically a caricature of the world of football.”

She describes opposition fans hurling abuse and even bottle tops in her direction during a game. "I'd be walking around and I'd hear stewards saying, 'She's here, that bit on the side. Look at her. Look at what she's wearing," Radford continues.

Under her stewardship, Mansfield Town revived their women's team, which had been abandoned by the previous owners. "That was really important to me," Radford says. "To make sure that there was diversity within this football club."