JOE spoke to Annie Mac, BBC Radio 1 DJ, about her journey to the top of the music business

One of the most prominent women in broadcasting, Annie Mac is spearheading Smirnoff's Equalising Music campaign to make the music industry a more equal place. 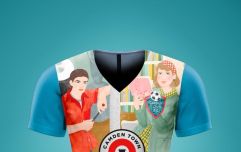 END_OF_DOCUMENT_TOKEN_TO_BE_REPLACED

The music business is famously male-dominated; one need only look through the line up of almost any festival to see that male artists are overrepresented. Behind the scenes, the men frequently occupy the top jobs.

“We’re not out to get men," Annie tells JOE. "We’re not like, ‘Move over, it’s our turn.’ It’s not like that at all. It’s about making sure that female talent is recognised and embraced in the same way that male talent is.”

In the interview, Mac talks about how having children meant that she had to give up certain opportunities as an international DJ. 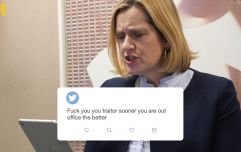 END_OF_DOCUMENT_TOKEN_TO_BE_REPLACED

"That was a real reminder that ‘you are female'," Mac says.

"You’ve got to take time off work and you’ve got to do things differently than all of the other DJs that you know that are men, who still get to tour Australia or America, because a lot of the time their wives will just bring their kids over with them if they’re parents.”

Mac also talks about her colleague, the first lady of Radio 1, Annie Nightingale, who blazed a trail in the 1960s as the first female presenter on Radio 1.

"Actually having a female voice on the radio was considered absurd until Annie Nightingale came alone," Mac says.

"We’re 60 years later, and we’re getting there. Just. But it’s a slow process. I’d like to see it go a bit faster, actually.”