People love video games, because they're great. They allow us to lose ourselves in a world of escapology via gangsters, wizards, footballing giants and anthropomorphic bandicoots who love to spin and jump and destroy boxes. 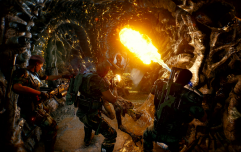 The first trailer for the new Aliens video game has arrived

END_OF_DOCUMENT_TOKEN_TO_BE_REPLACED

There are few things people love more than video games, apart from video games which have been discounted majorly, and that's where PlayStation's new line, PlayStation Hits, comes in.

The new line, similar to the PlayStation Platinum line of games - releases which sold more than 400,000 within a year of release - sees a host of popular and critically revered games available for a discount price.

The list varies between the US, Canada and the United Kingdom and Ireland, and below is the list available on this side of the pond.

While it is without major hits like the yearly sporting hits of FIFA, MADDEN or PES, it does feature some stellar titles such as Bloodborne, Batman Arkham Knight, Yakuza 0 and Uncharted 4: A Thief's End.