Two pilots and an unidentified fifth person were also on board

News agency Reuters are reporting that Leicester City owner Vichai Srivaddhanaprabha and one of his daughters are believed to have been on board his helicopter before it crashed on Saturday evening. 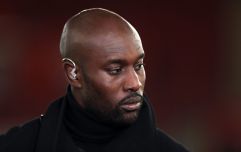 END_OF_DOCUMENT_TOKEN_TO_BE_REPLACED

The news agency also reports five people were on the helicopter. Two of them were pilots, along with a fifth person whose identity was not immediately known.

There are still no details on if anyone survived the crash.

The accident happened at around 8.30pm on Saturday evening, following Leicester City’s 1-1 draw with West Ham United. The helicopter took off from the King Power Stadium pitch an hour after the final whistle and then came down in the car park.

Leicester sporting director Eduardo Maciá was not on board Leicester helicopter that crashed. Claude Puel has confirmed to French media that he is also safe https://t.co/9gAHuTGn92

Ed Malyon, Sports Editor of The Independent, is reporting that neither Leicester sporting director Eduardo Maciá nor manager Claude Puel were on the helicopter. 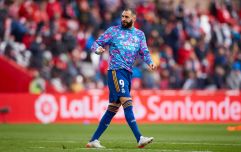 END_OF_DOCUMENT_TOKEN_TO_BE_REPLACED

Thai billionaire businessman Srivaddhanaprabha has owned Leicester City since 2010. Under his ownership the club shocked the footballing world by winning the 2015/16 league title.

Srivaddhanaprabha travels from the stadium via helicopter after each match he attends.