"Even the children imitate him throwing himself on the pitch"

Vicente del Bosque has launched an attack on Neymar, saying his play-acting is setting a bad example to young players and encouraging them to dive more.

As reported in A Bola, the former Spain and Real Madrid boss was asked who would be the better acquisition for Real Madrid right now: Neymar or Mbappé?

His answer was rather blunt.


"Neymar, even the children imitate him throwing himself on the pitch." 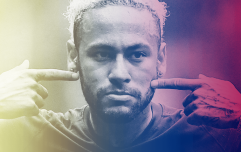 END_OF_DOCUMENT_TOKEN_TO_BE_REPLACED

Vicente del Bosque made 445 appearances for Real Madrid as a player. He was then in charge at the Bernabeu between 1999–2003, following two spells as caretaker.

After a short spell with Beşiktaş, he became manager of the Spanish national side in 2008. He would guide the team to victory in the 2010 World Cup and 2012 Euros.

Neymar joined PSG from Barcelona in 2017, but rumours about his return to Spain have persisted. Earlier this month, he received a three-match ban following a physical confrontation with a Rennes fan after the French Cup final.


popular
QUIZ: Can you beat the clock and name all 26 James Bond movies?
The JOE Friday Pub Quiz: Week 198
QUIZ: Guess the collective noun for the animal
QUIZ: Identify the 90s film from a single image
QUIZ: Name these 30 football badges
Kasabian lead singer Tom Meighan steps down over "personal issues"
A definitive ranking of every swear word from worst to best