Leicester City have been congratulated on their latest signing by a somewhat unexpected figure: WWE legend The Undertaker. 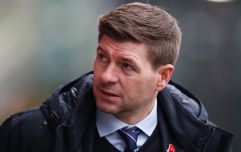 END_OF_DOCUMENT_TOKEN_TO_BE_REPLACED

At the weekend, Leicester City confirmed the signing of Roma winger Cengiz Ünder on loan. And these days, it is basically the law that when a Premier League club makes a new signing, they have to make some elaborate pun about his name or something to announce them.

So what did Leicester do for Cengiz Ünder? They tweeted a photo of a broad-brimmed hat and trenchcoat laying on the pitch at The King Power Stadium.

Everyone who watches both WWE and football had a good laugh, and Leicester fans who don't follow wrestling were just confused.

And The Undertaker himself replied. 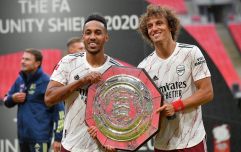 END_OF_DOCUMENT_TOKEN_TO_BE_REPLACED

He quote-tweeted the original image, with the caption "Digging holes and scoring goals...". Ok, sort of struggling to figure out what that actually means, but still.

Will this lead to the lights go out at the King Power at some point, followed by an ominous gong and then Jamie Vardy being choke-slammed through the dugout? We'll see.

This is not the first time an English club has used a classic WWE reference to announce a signing.

In 2018, Newcastle United revealed the arrival on Brazilian striker Kenedy on loan with a video accompanied by Mr Kennedy's theme music.

It is not even the only recent interaction between a WWE wrestler and a Premier League club. Last month Triple H commented on Arsenal coming out to his entrance music at the Emirates.

"What better thing for Arsenal to have blaring over a loud-speaker system than Lemmy of Motorhead screaming 'Time to play the game'? There's nothing better than that," he said, giving the Gunners his blessing to use the music.

He's happy with it - as long as #AFC keep winning.... pic.twitter.com/FkoLBwldvN