Believe it or not, Celtic's former Japanese set-piece wizard is still going strong. Last Saturday, during a game in the J2 League (the Japanese second tier), Nakamura took to the field alongside Kazuyoshi Miura in attack for Yokohama FC. He's 41. Shunsuke Nakamura is 41 and he's still playing.

And yeah, that's old. That's really old. That's probably too old to still be playing football. Especially if you're an outfield player. Miura, meanwhile, is 52. He's been playing professional football since the mid-80s. Vincent Kompany, Sergio Ramos, David Silva, Manuel Neuer and Diego Godin were all born in the same year that Miura signed his first professional contract for Santos in Brazil. Honestly... what the fuck?

But this isn't about him. Mostly because, despite his Fountain of Youth career sorcery, he can't curl free-kicks into top bins from 40 yards out like our man Shunsuke.

To celebrate these two ancient, ancient men still giving the youngsters in J2 the runaround, but mostly just to celebrate Nakamura's ability to strike a football at every available opportunity, no matter how tenuous, let's revisit some of the former Celtic legend's best free-kicks.

Hey, the season has just started. There aren't many stories going round.

One of Nakamura's most memorable goals came during the Champions League in 2006, as the midfielder curled a stunning 30-yard free-kick past a helpless Edwin van der Sar to put the Hoops through to the knockout phase of the competition.


I remember watching this sat cross-legged on the carpet in my front room and thinking nothing other than "WOW". 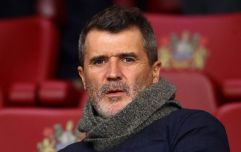 END_OF_DOCUMENT_TOKEN_TO_BE_REPLACED

No, sorry, that's not entirely accurate. I also thought: "I really, really, really need to get this guy in my Pro Evo Master League team." Which I did. Which was fantastic.

A special goal met with a fitting roar from the Celtic Park faithful, and that's all without mentioning the fact that he had already done it at Old Trafford in their first meeting during the group stage.

Poor Edwin. This just isn't very nice at all.


A quick detour to Nakamura's exploits on international duty, now, as he crashes in a freekick during Japan's 2003 Confederations Cup game against France. 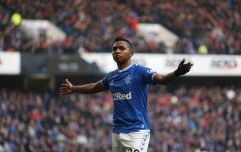 Should you try and change a player like Alfredo Morelos?

END_OF_DOCUMENT_TOKEN_TO_BE_REPLACED

With the set-piece taken slightly off-centre to the left, it's a less than ideal spot for a left-footed taker. And then there's how far out it is. Or that France have a prime Fabien Barthez in goal. No matter. Shunsuke crashes it in off the opposite post to leave the Manchester United goalie slumped on his knees with his hands on his hips. We know, Fabien. We know.

Everything about this is wonderful: Barthez's reaction, the legendary Hidetoshi Nakata's reaction, the sound the ball makes when it hits the post and most of all the gorgeous slow-motion spin of the best football ever made, the Adidas Fevernova. Glorious.

This is just Nakamura all over. 87th minute, fouled for the free-kick, brushes himself off, steps up, bottom bins, 1-0 Celtic, thanks for coming and goodnight.

2. A free-kick worthy of a Japanese Gameshow


You, an idiot: Does this count, seeing as it occurs during a Japanese TV show rather than an actual football match? Me, an intellectual: Of course it counts. Of course it does. 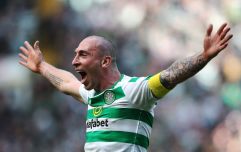 END_OF_DOCUMENT_TOKEN_TO_BE_REPLACED

Nakamura has to slot three free-kicks (3!) past a ridiculously sized inflatable goalie that covers like 90% of the frame AND also moves its giant arms around.

See also: The time he caressed one through a moving bus window.

Yeah. Decent left peg, that. Not bad at all.

1. The one to win the league

This barely needs explaining. Stoppage time at Rugby Park. Celtic are drawing 1-1 away at Kilmarnock. Celtic are ahead of Rangers in the leageu and need three points to seal the Scottish League title, their second in a row, with four games remaining.


popular
The most overrated (and underrated) gym exercises of all time
Who is the most handsome footballer in the Premier League?
The JOE Friday Pub Quiz: Week 203
Young guys absolutely lose it hearing Phil Collins' In The Air Tonight for the first time
QUIZ: Name every WWF champion from the Attitude Era
This mash-up of Scott Parker and The Streets is a work of art
Can you guess who Noel Gallagher is slagging off?