The type of footballer which, he claims, are not only weak as players, but weak as human beings and he feels there are a number who apply to this category in the Manchester United dressing room.

From the good old days at Manchester United when Keane and the squad of 'real men' around him won seven Premier Leagues and a Champions League title, to his time as a manager, the Cork man has seen it all in football and he's less than pleased with the direction the modern game is descending in.

A bit of a joke, really, is how he describes it.

Keane was on BBC Radio Five live on Friday morning with Adrian Chiles and it appears that he has a degree of sympathy for the recently sacked Jose Mourinho due to the type of players he had to deal with at United.

"I do think the players are getting away with murder...the way they're hiding behind the manager...they've thrown him under the bus. 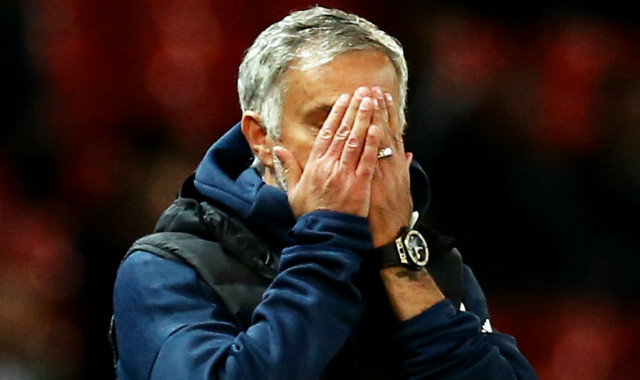 Keane wasn't done there and he went onto insinuate that a lot of these Manchester United players are soft.

"Then for some of them to down tools, I'm not Mourinho's biggest fan but shame on them players, I can't tolerate players hiding behind their agent, their powers in the media...bit of a joke really," he said.

"I don't call it old school, I call it good school...that no matter what goes on in the club, you go out and give it your all on the pitch..."

"The modern player, they're not just weak players, they're very weak human beings...It wouldn't have happened in our dressing room just because we had good characters, good leaders."

Watch Keane's rant here, as well as Adrian Chiles' series of facial expressions and gestures that you'd associate with a punter who's after losing €20 on the 4/6 favourite in the last race in Docaster.

Roy Keane, former #ManUtd captain, gives a scathing verdict on the players' behaviour over the Mourinho sacking, in an interview with Adrian Chiles.

"Shame on some of those players... The players get away with murder.”

“I can’t tolerate players that hide behind their agents.” pic.twitter.com/Z459MUrCYU


popular
Buying your first house is about to get even more difficult
Manchester United agree terms with Inter Milan for Alexis Sanchez transfer
It was Pierre-Emerick Aubameyang's final but Emiliano Martinez's moment
A must-see Jurgen Klopp documentary on Channel 4 this evening
QUIZ: Can you identify the correct spelling of these brand names?
The Rock has bought the XFL for $15 million
A definitive ranking of every swear word from worst to best